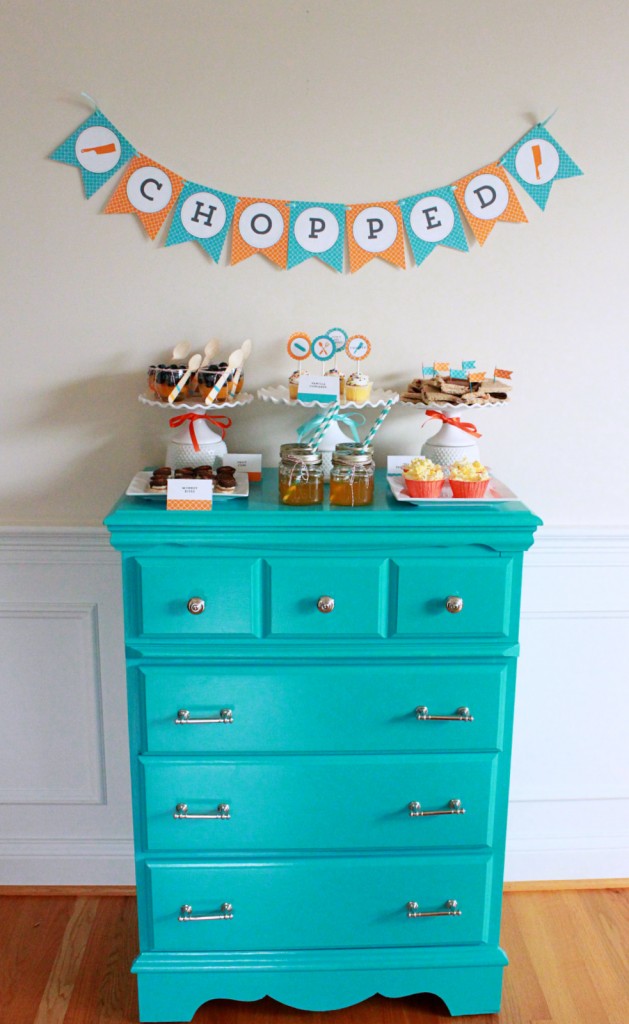 Do you love the television show Chopped?  If so, I have a fun treat for you, today.  We recently hosted this exciting Chopped inspired party for my daughter and her friends.  It was a great party idea for tweens, but would also work well for older kids and even adults.  As long as guests arrive ready to have a little fun and show off their creative side, your Chopped style party will be a huge hit!

Our Chopped inspired printable party collection is now available in our Etsy Shop.

Party Details to Look Out For: 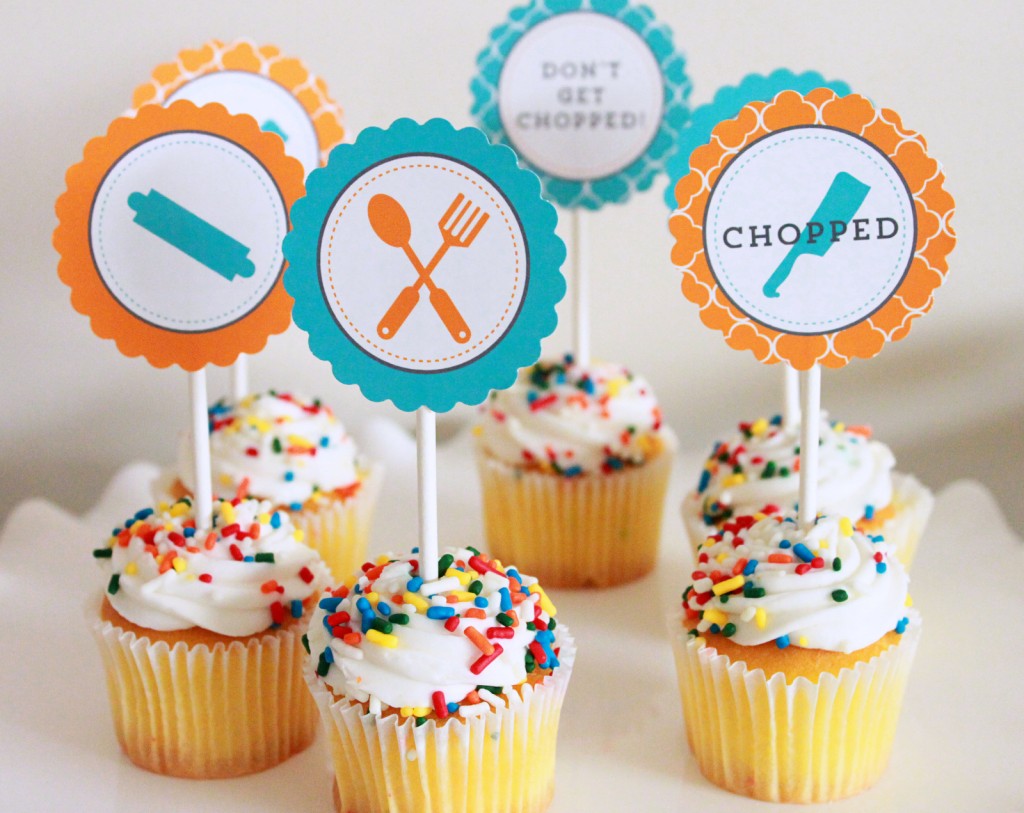 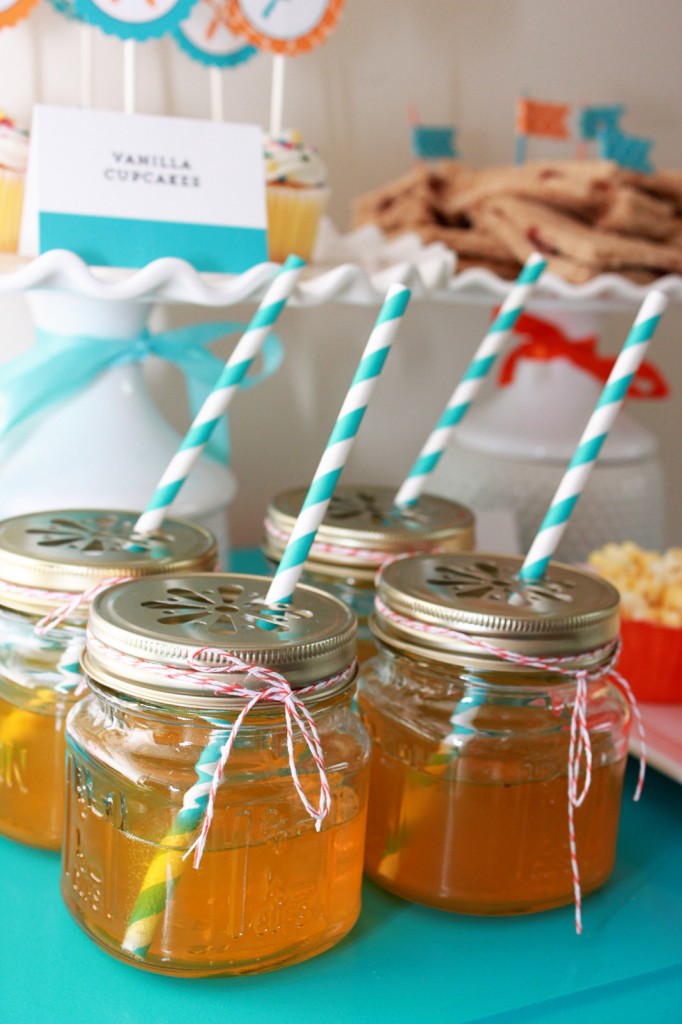 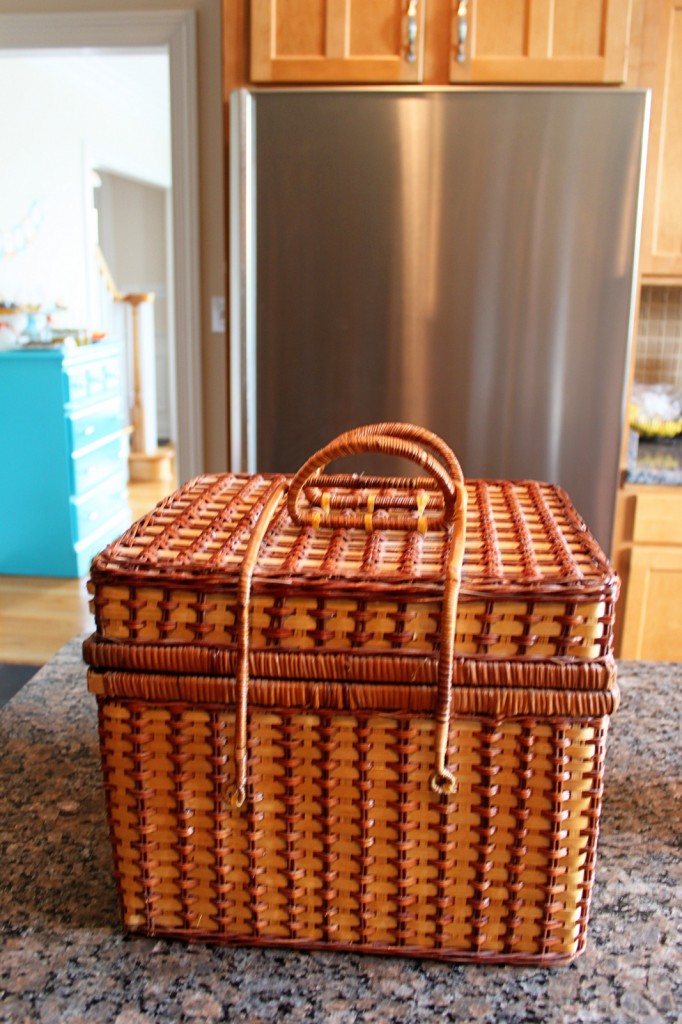 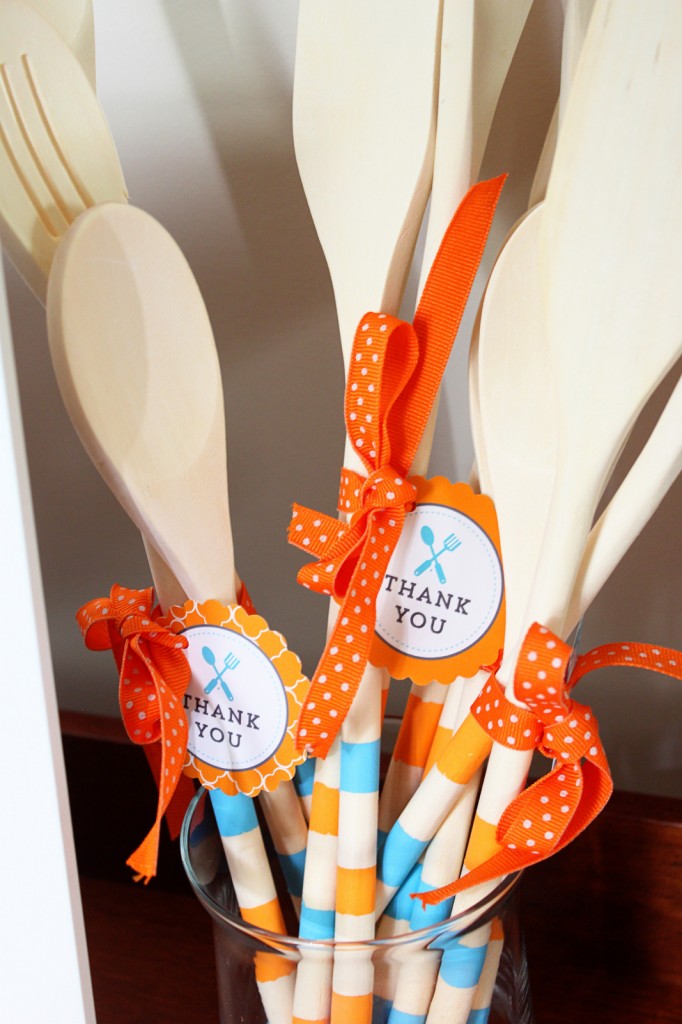 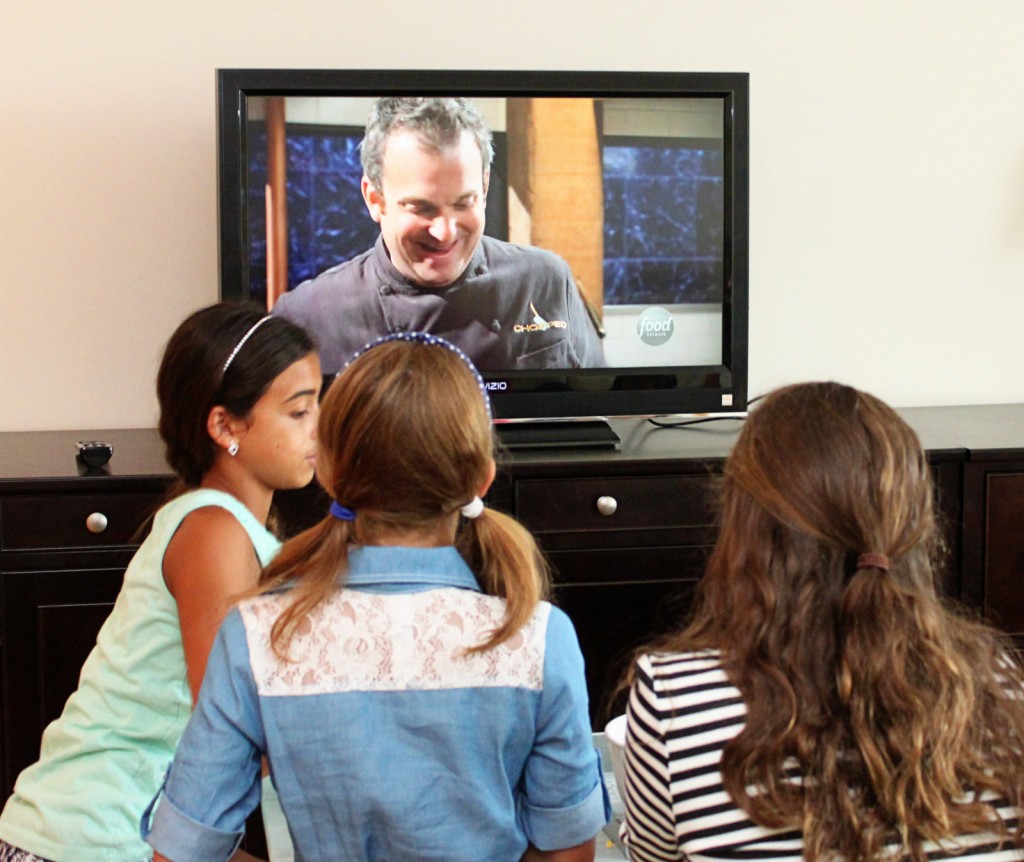 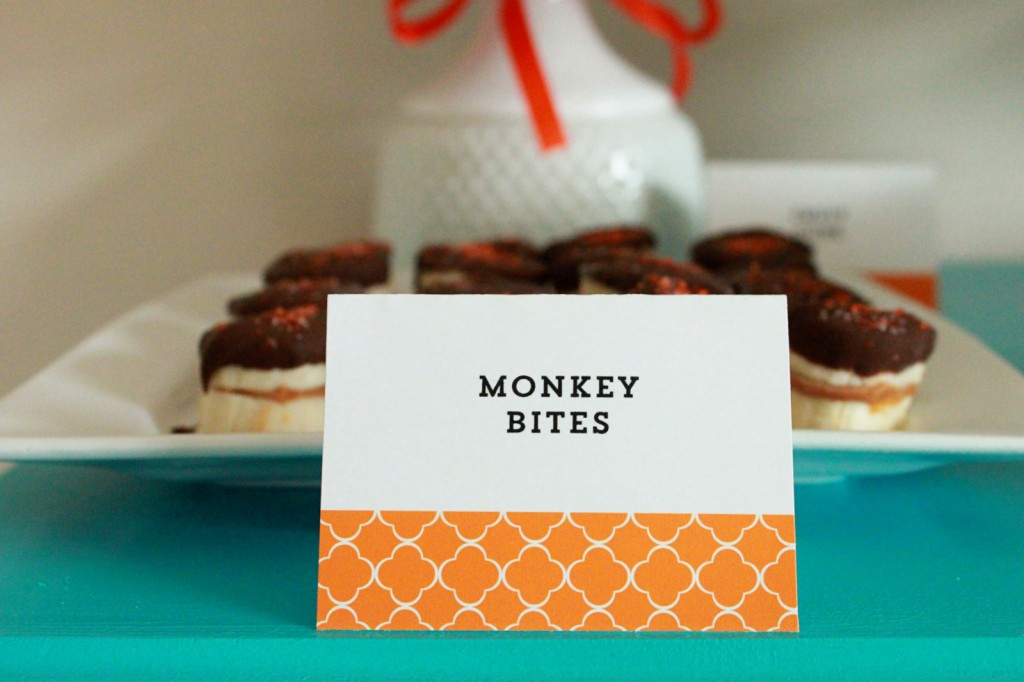 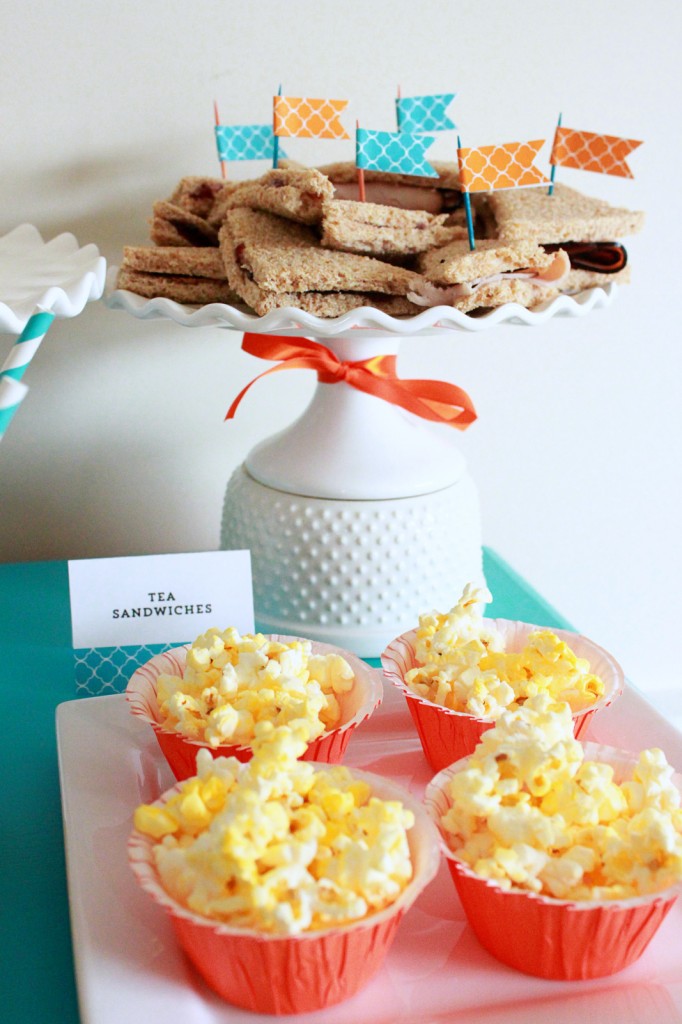 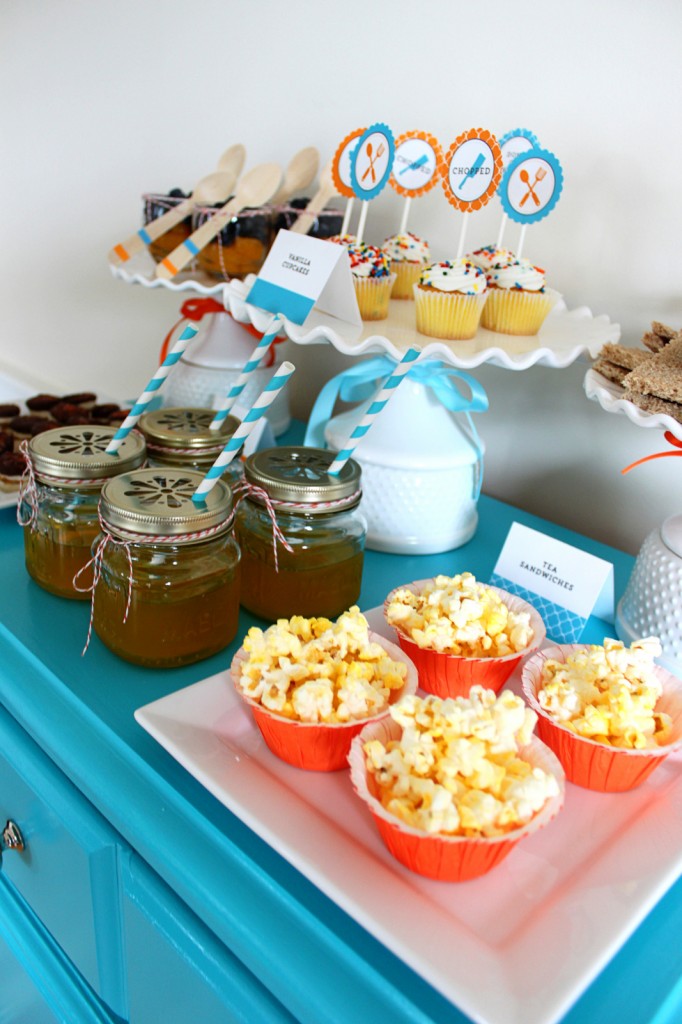 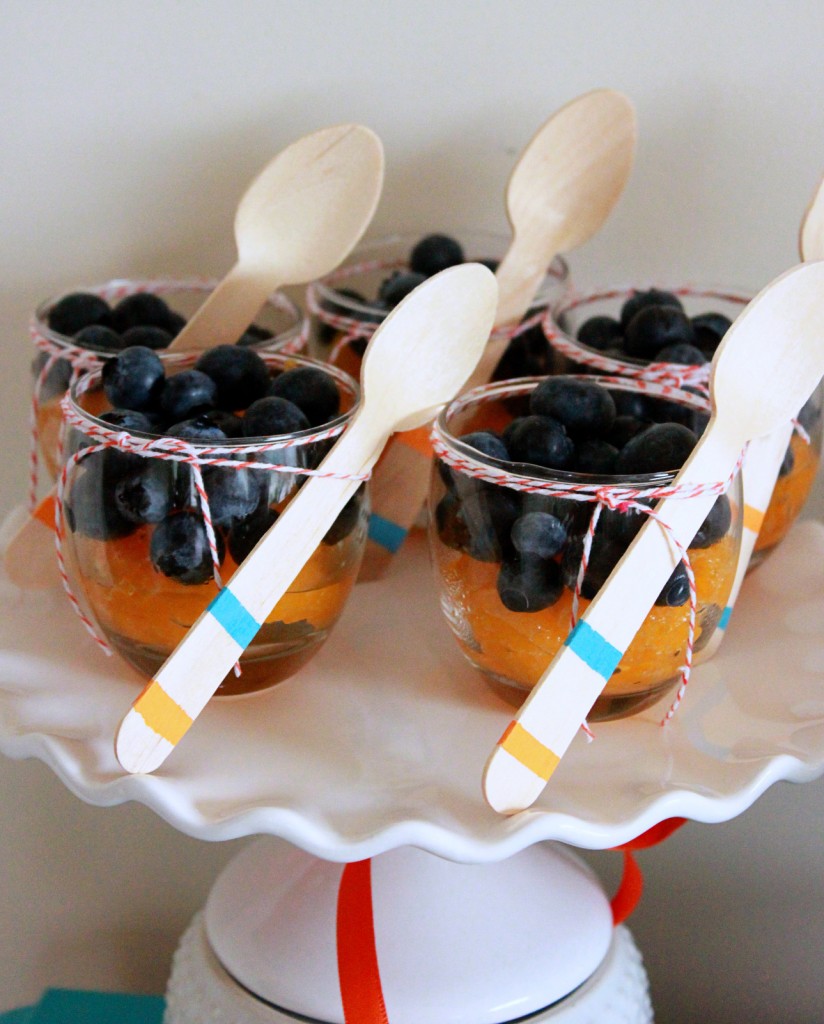 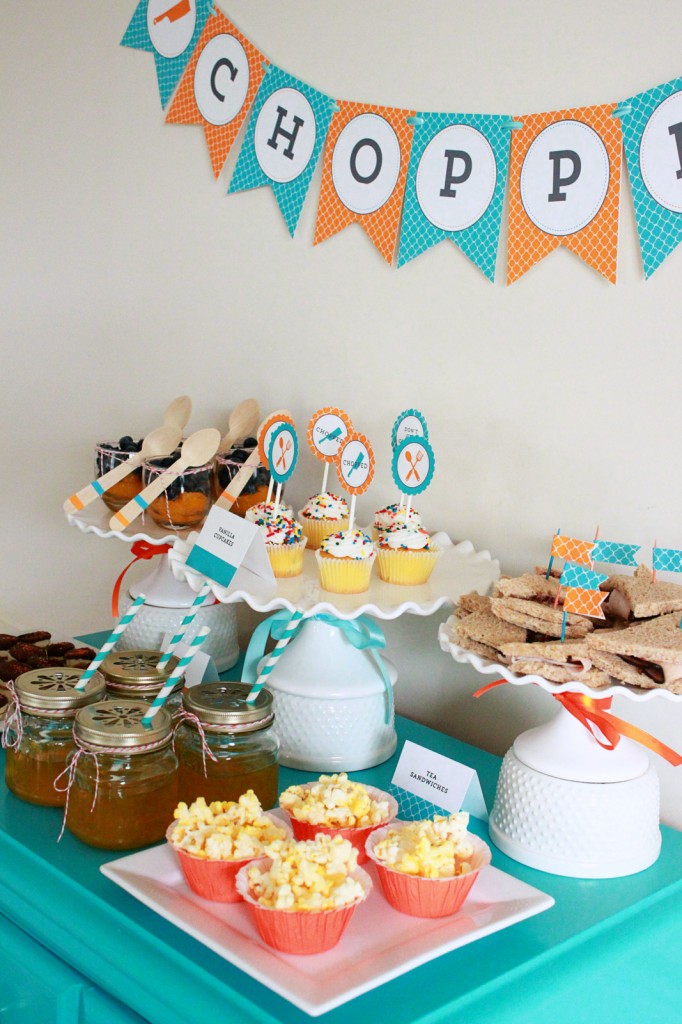 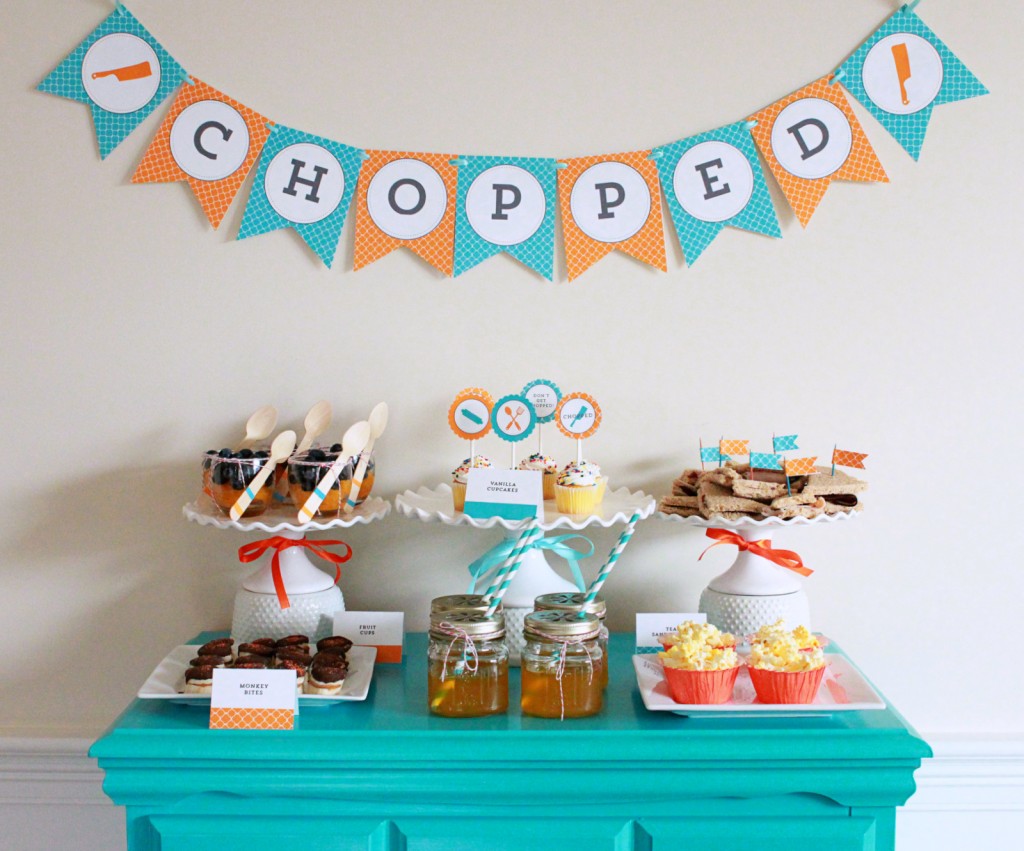 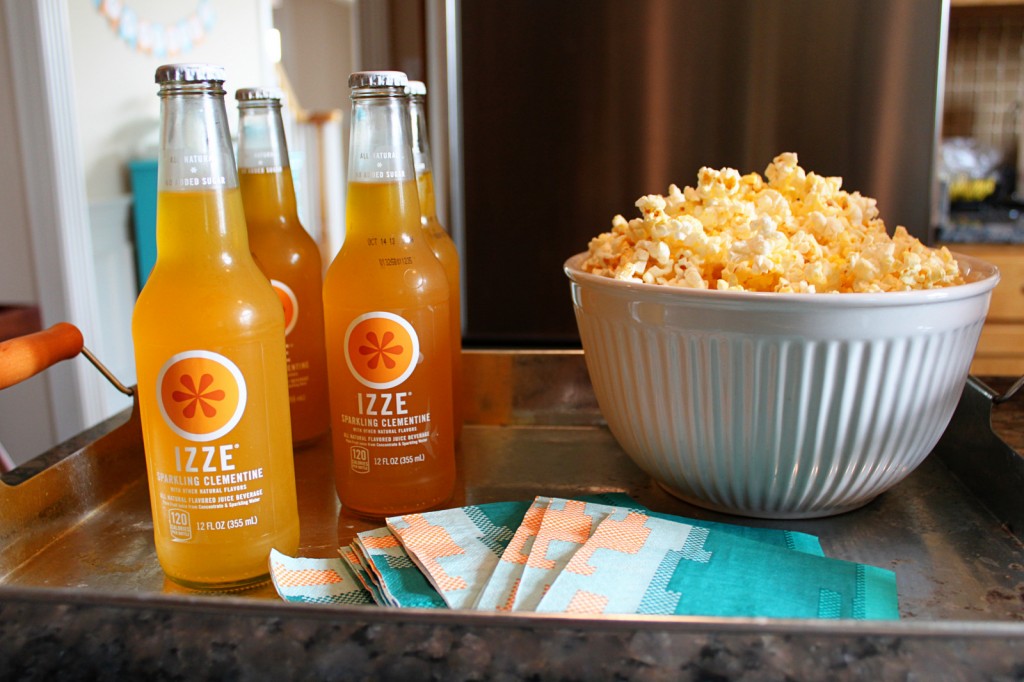 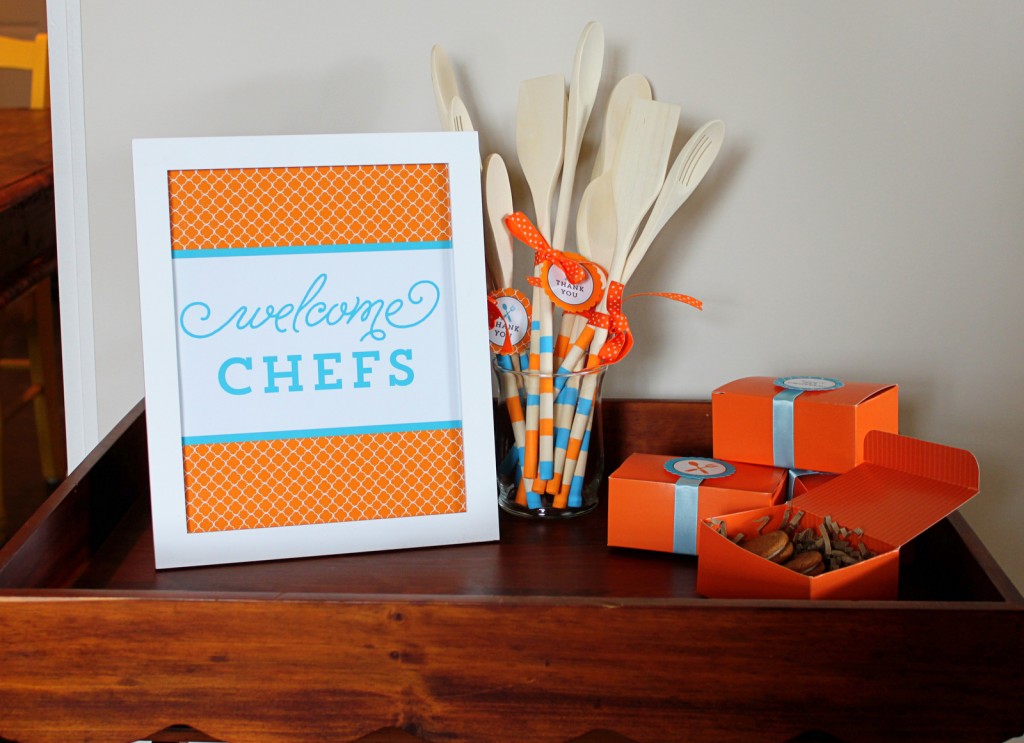 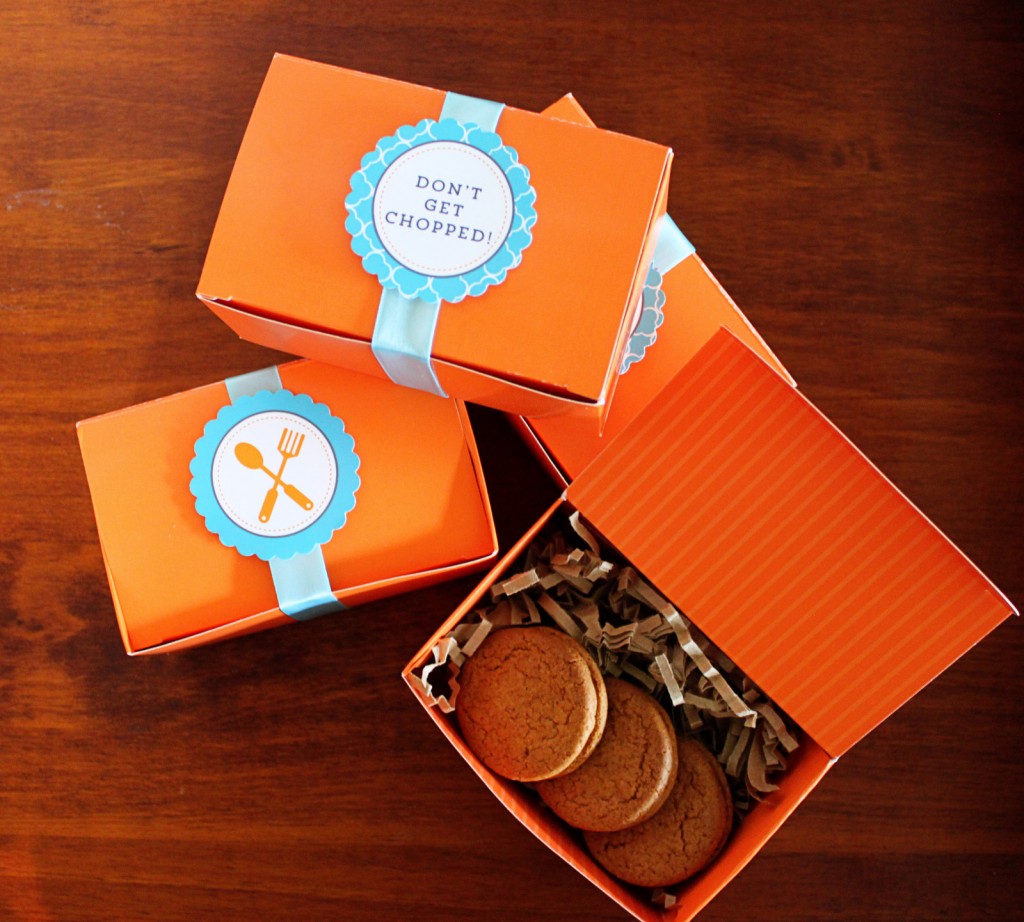 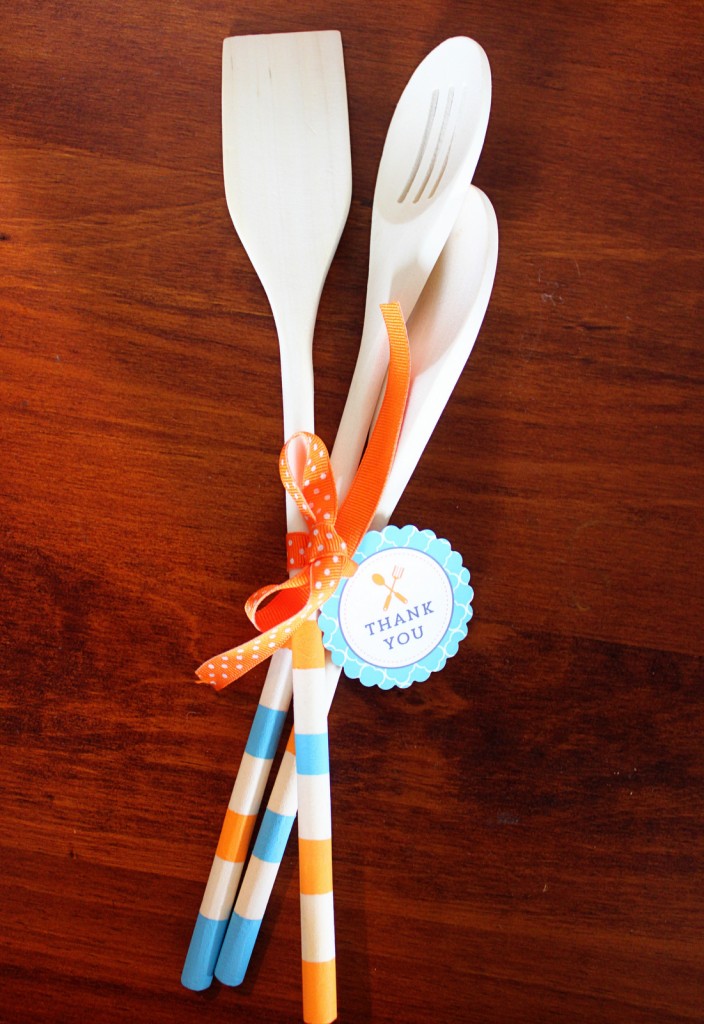 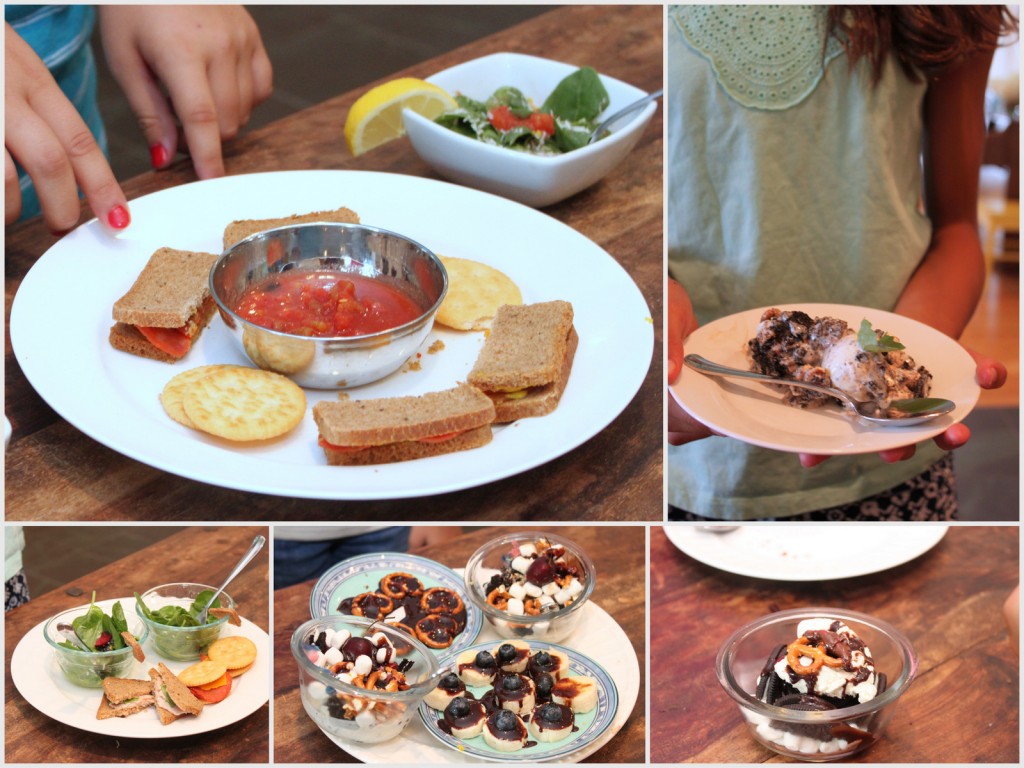 {Décor} This was a “Just Because” party (not one for a special occasion), so we kept the decorations simple.  We hosted it for one last summer get together before the start of middle school.  All of the décor was planned and purchased just a few days before the party.   Although we sometimes throw elaborate parties for birthdays and other special occasions, I wanted to have a party that was small and easy to plan, but still stylish & fun.  Not everyone has the time or budget to plan an over the top party for every occasion, so this party shows that a simple, inexpensive party doesn’t have to lack style!

My daughter dropped off invitations for the girls at their house the week of the party.  The color palette started with orange, which is featured prominently in the Chopped television show.  We then added turquoise and a clover pattern  for a modern vibe.  This color scheme would work well for girls or boys, and adults, too!  When the guests arrived, they were greeted with a “Welcome Chefs” sign.

{Activities} Although tween parties are much different than parties for little kids, activities at the party are still very important.  One of the reasons we agreed on the Chopped theme was because it provided a fun party activity that even older kids would enjoy. Once all the girls arrived, they went upstairs to our kids’ loft to watch a recorded episode of Chopped.  They at popcorn and drank Clementine Izzes to give them a little energy before the cook-off began.

After watching the episode of Chopped, the girls came to our kitchen for the competition.  We had two rounds:  an Appetizer Round and a Dessert Round.  We explained that there would be  four mandatory ingredients from the basket that had to be incorporated in their dish and that they had 20 minutes to prepare the dish.  They were allowed to use any food they found in our kitchen and could use and dish or tool, except for the stove.

We revealed the basket ingredients (mini rye bread, mustard, cheddar cheese, crackers), then started the timer. Once we started the timer, complete chaos and madness erupted in the kitchen!  It was hilarious to watch the girls run around and come up with ideas for their dishes.  Once the time was up, they each presented their first dish to the judges (my husband and 7 year old son).  After the appetizer round, the girls snacked on the food from the dessert table while the judges discussed the dishes.  Instead of chopping one of the chefs from the next round, like they do on the show, the judges announced the winners from the round.  They then moved on to the Dessert Round.

At the end of the party, we gave each of the girls their own set of DIY hand painted wooden utensils.  We also sent them home with little boxes of ginger, lemon cookies.

{Food} Although the girls were cooking, we knew that they would want to eat other food, too.  Like the decorations, we kept all of the food simple.  My daughter made peanut butter and jelly and deli turkey sandwiches. She made fruit cups which were decorated with DIY hand painted wooden spoons.  We also made monkey bites: frozen bananas and peanut butter, topped with melted chocolate and sea salt.  Popcorn was served in cupcake liners.  Store bought mini cupcakes, topped with cupcake toppers from our Cooking Party Collection, were the perfect size for the girls. 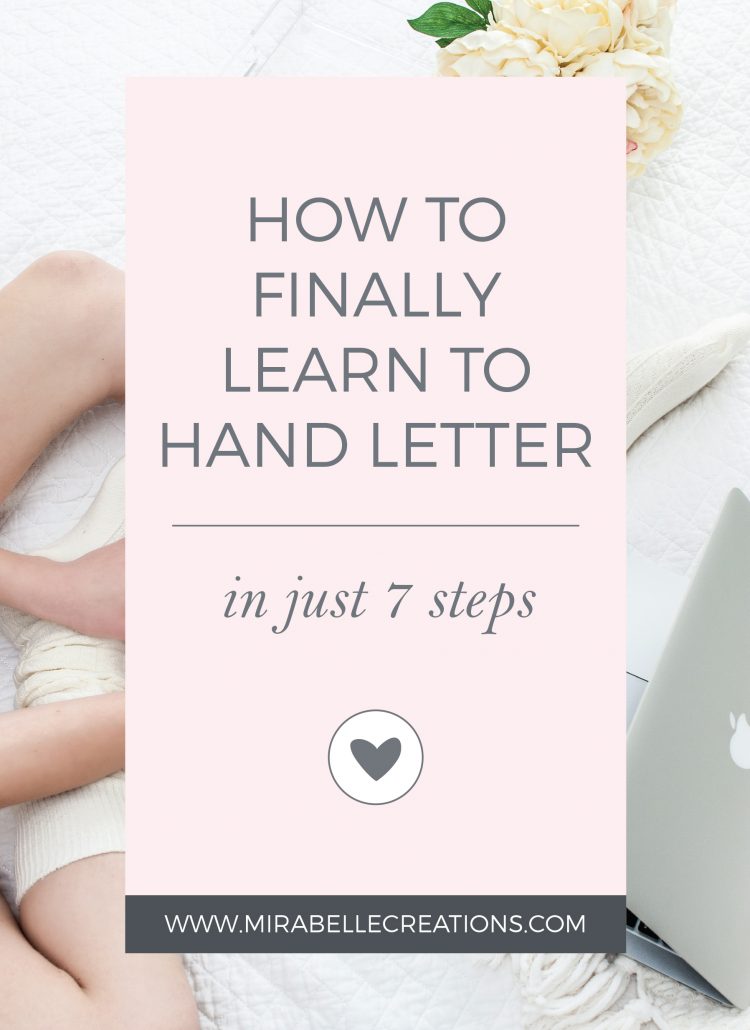 How to Finally Learn to Letter in 7 Steps 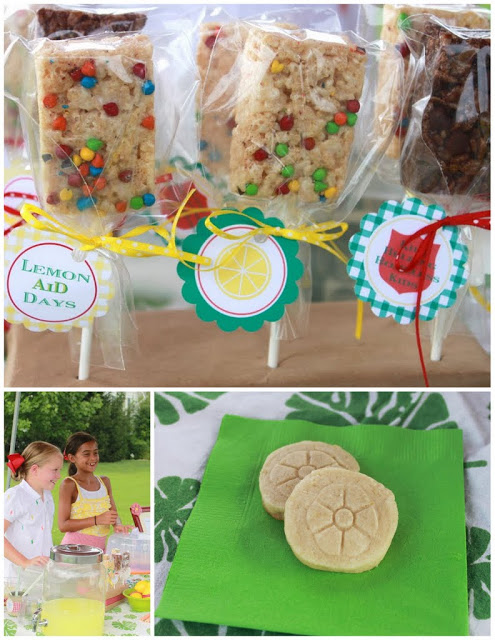 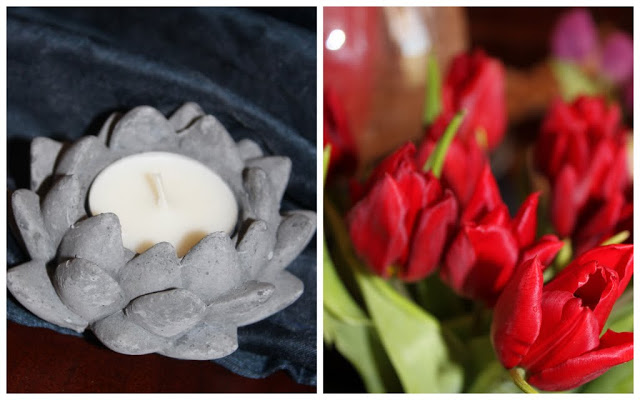 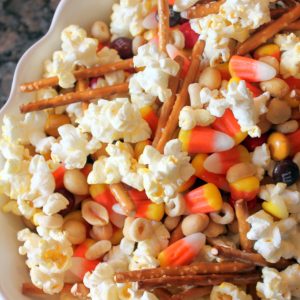