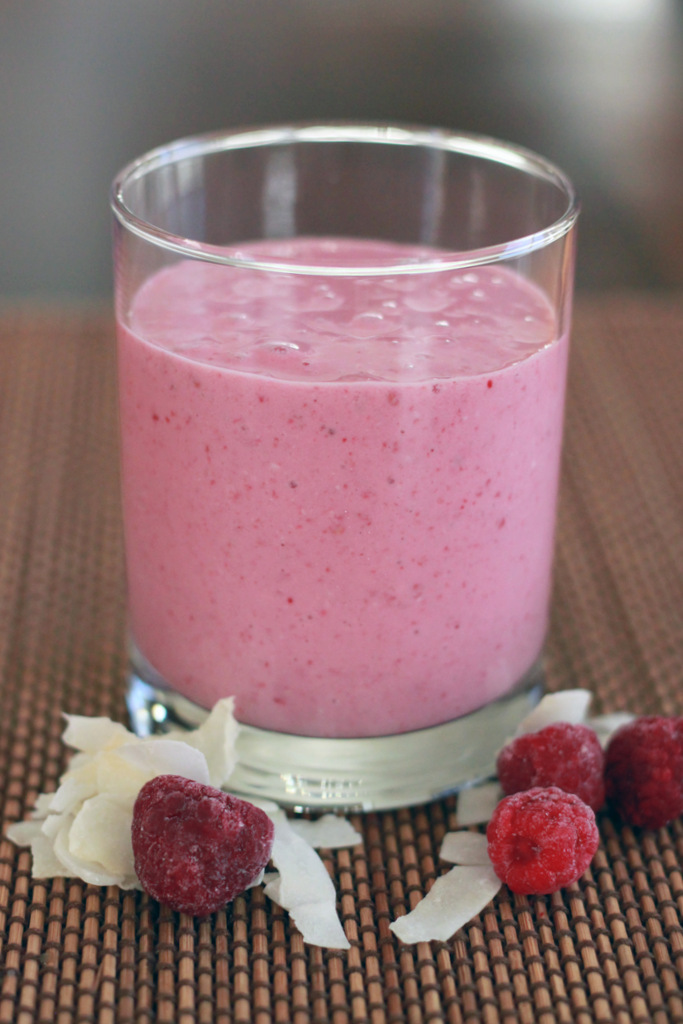 How many of you are trying to eat a little healthier for the New Year?  After all the delicious, but heavy, Christmas meals and treats, we always try to detox a little bit in January.  This year, it doesn’t seem to be going so well… 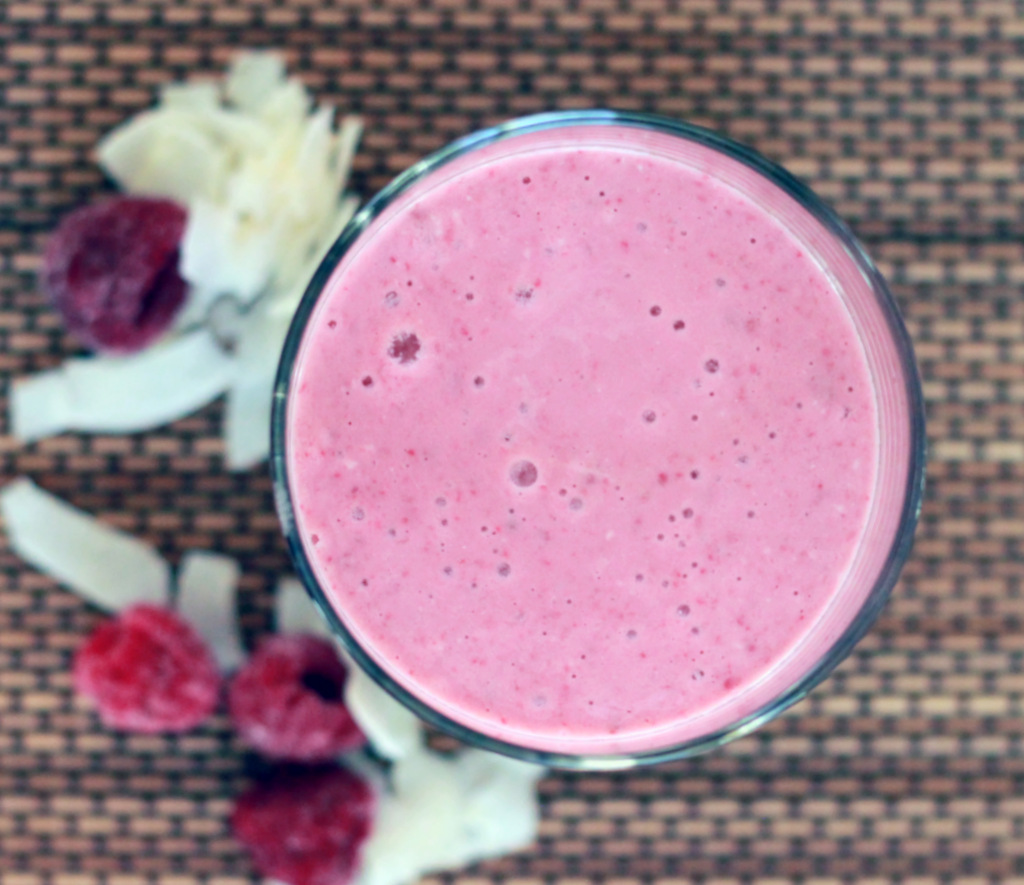 Actually, we’ve been eating much cleaner in the last couple of weeks, it just hasn’t been received that well in my house.  Sam has especially been revolting against all the clean eating.  Apparently he isn’t a big fan of all the fish and vegetables we’ve been eating 😉  And, he claims that none of the dinners I’ve been making have satisfied him.

So, I asked Sam what he would like to eat for dinner.  His response was “homemade mac ‘n cheese – not the kind made with whole wheat noodles – or homemade meatballs”.  In fact, he said the perfect meal would be mac ‘n cheese topped with the meatballs 🙂 Since, I’m trying to cut out as much refined carbs as possible, mac ‘n cheese won’t be on the dinner menu anytime soon.  Maybe for his birthday!

Luckily, one healthy thing I haven’t had to talk Sam into eating are these Coconut Raspberry Smoothies.  Packed with protein rich Greek yogurt and fruit, it’s a great after school snack for kids or a mid-morning boost for moms!  They would be a great Valentine’s Day treat, too! 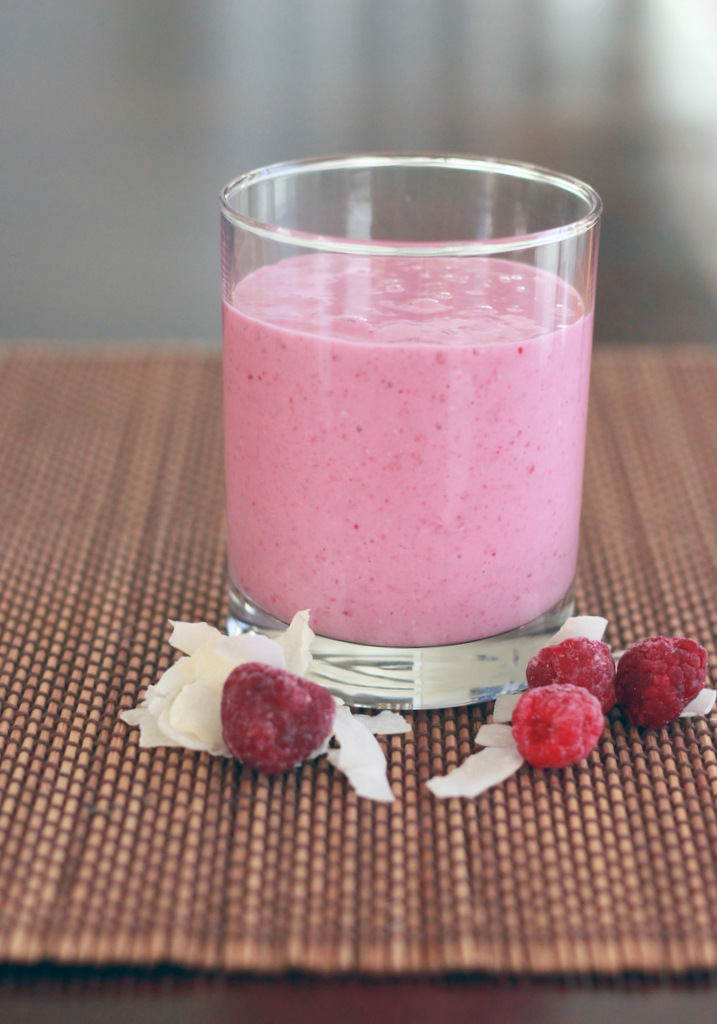 Blend all ingredients together in a blend until smooth.  Enjoy! 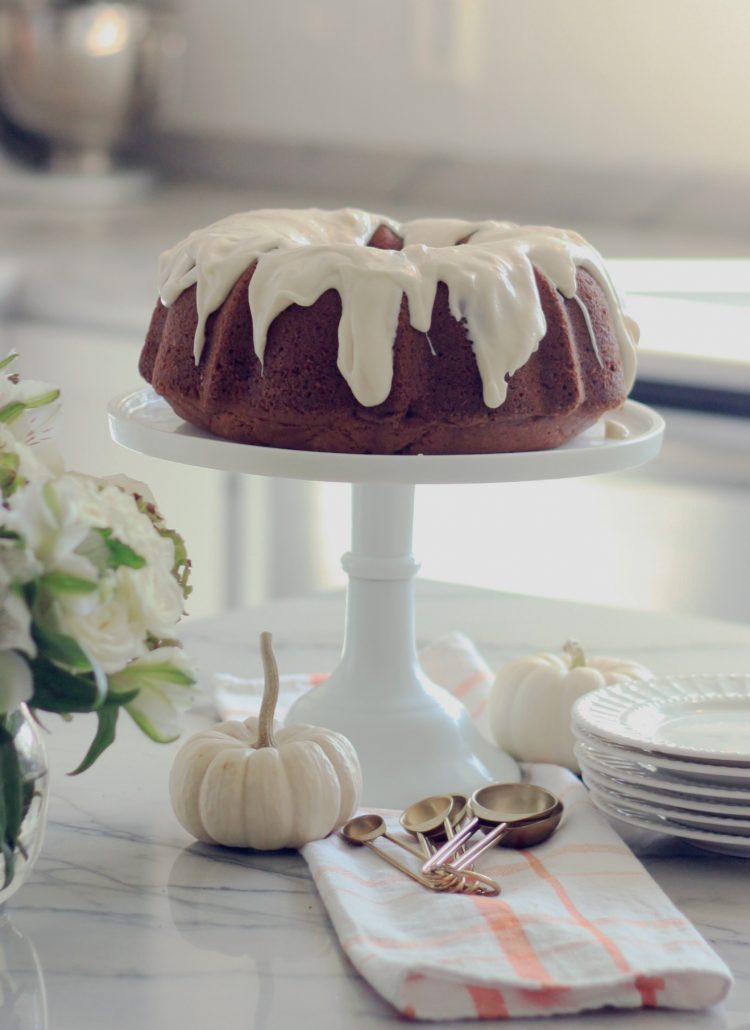 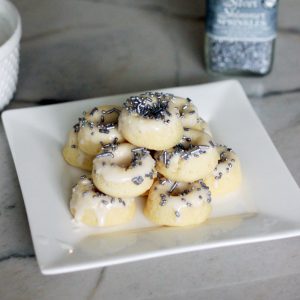