If you follow party design blogs, you have probably noticed several nautical themed baby showers, lately.  It seems to be the current hot baby shower design theme.  Of course, most of these showers have a preppy feel to them, which I love.

Probably my favorite nautical shower design comes from sweet Meredith at Meredith Lee Party + Events.  You may recognize Meredith from the popular The Party Press.  She also has a paper goods business, MJ Paperie, which designed all the beautiful paper goods for this shower.  Meredith is one talented and busy lady!

Some of my favorite elements of this party are the use of the nets, the navy and white stripes repeated throughout the decor, and the circle monograms.  Read below for all the seaworthy details! 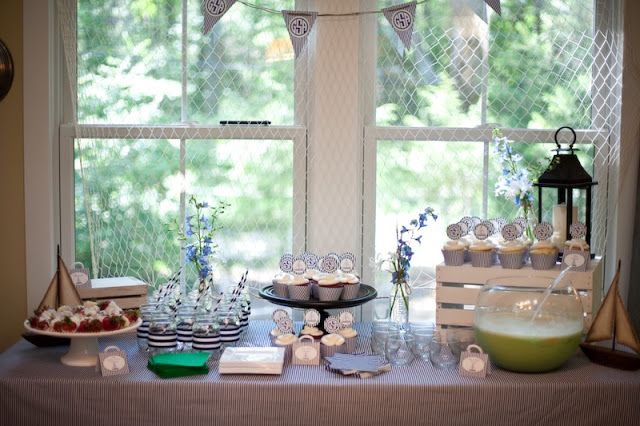 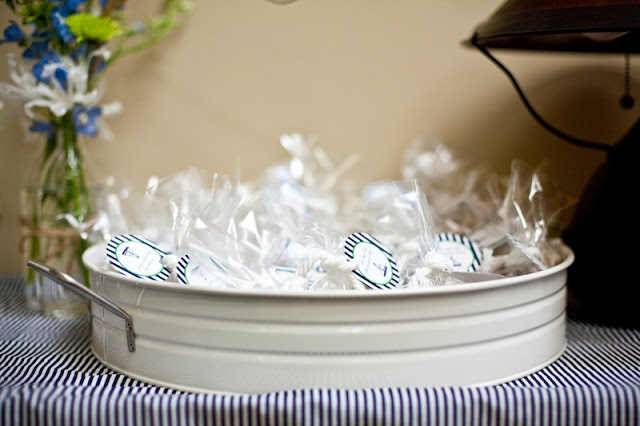 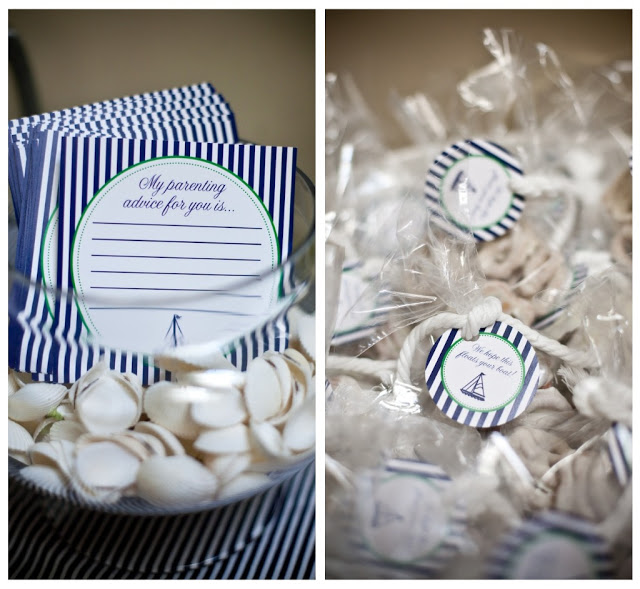 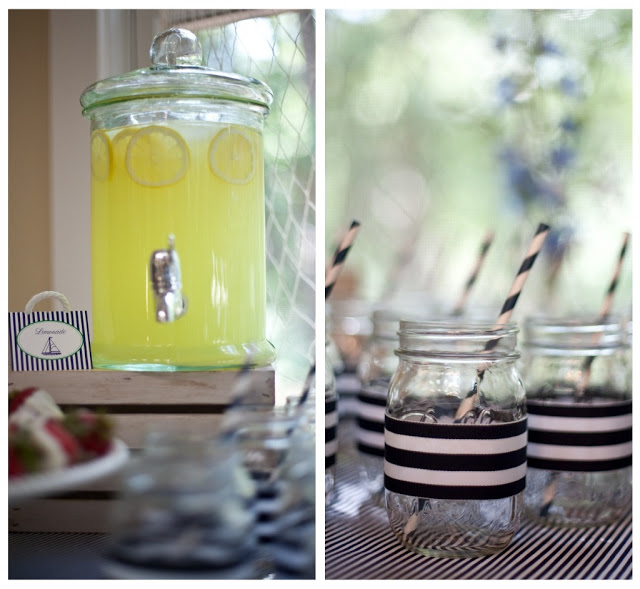 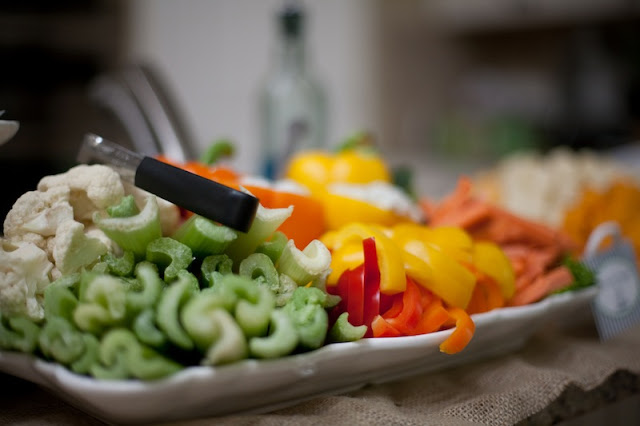 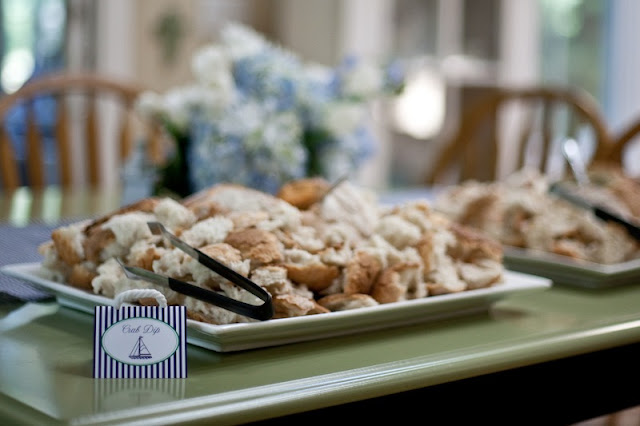 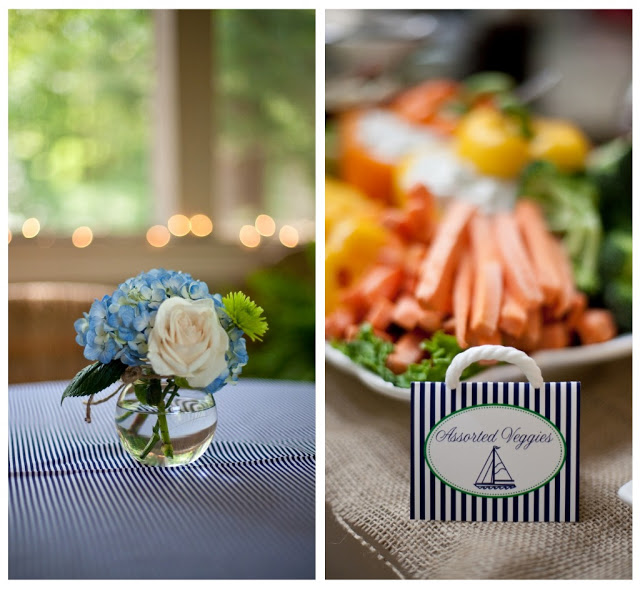 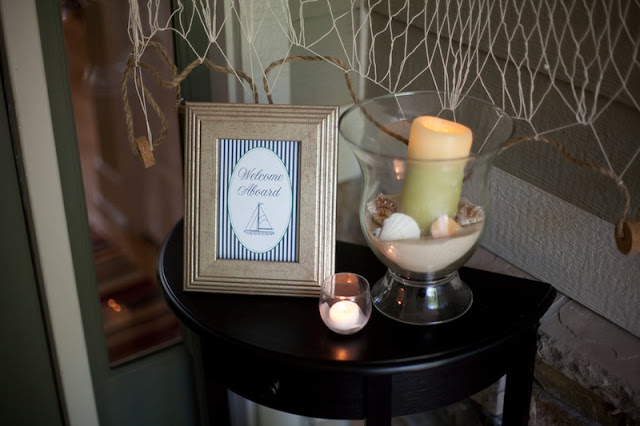 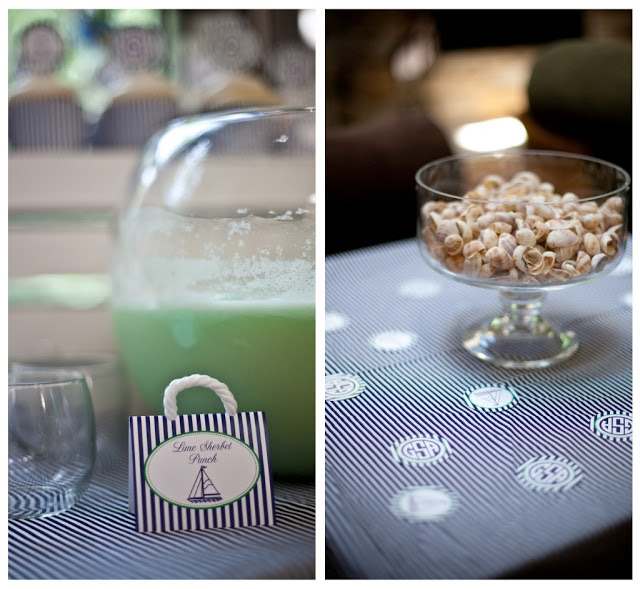 As told by Meredith:

[I] was asked to design a baby shower for a couple out of Chicago. The shower was held in Harbert, Michigan about 4 blocks away from Lake Michigan so the Nautical theme made sense. To add to it, the baby-to-be’s crib bedding was a sailboat motif, so we took the navy & white sailor’s stripes and went sailing with all sorts of nautical accents.The only downside to the entire shower came about 30 minutes before the shower began. The mom-to-be had threats of premature labor (she’s fine now!) and was unable to attend. The family and guests still attended, however, and baby Gael was welcomed with loads of love! It was lots of fun!

{Decor} For decor, we took fish nets and hung them at the entryway and as the dessert & drinks table backdrop. I love fish nets for anything nautical. They add such an element of realness to the scene. We then used all sorts of truffle bowls, apothecary jars, hurricanes and vases to fill each with sand and seashells.  My favorite decor element was the navy and white striped fabric used throughout the shower to cover the tables. It was just what it needed to bring the entire “nautical” theme together!
{Paper Goods} The paper goods were my favorite element of the entire event. The circle monogram with the baby’s initials was the icing on the cake! A monogrammed banner was strung across the fish net behind the dessert table to bring a personalized touch to the shower along with an “advice for the new parents” card that guests were asked to fill out. The food tents included a strip of rope, which also coordinated with the rope elements in the banners and such. The cupcakes were also topped with sailboat and monogram circles that ended up being a huge hit at the party!
{Food} For the food, we had quite a spread! From Chicken Alfredo to Pasta Marinara to tangy crab dip, the guests were in good hands! For dessert, we served white cupcakes, red velvet cupcakes and white chocolate covered strawberries along with salt water taffy for them to pick at!

Thanks for sharing this shower with us, Meredith!  It is fantastic! 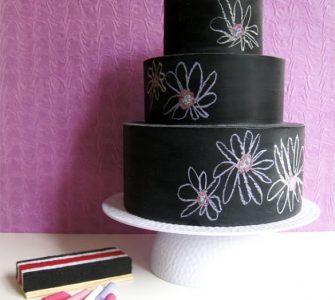 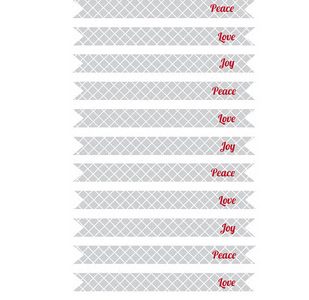 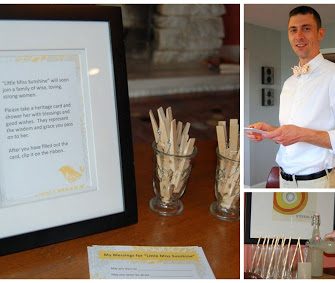 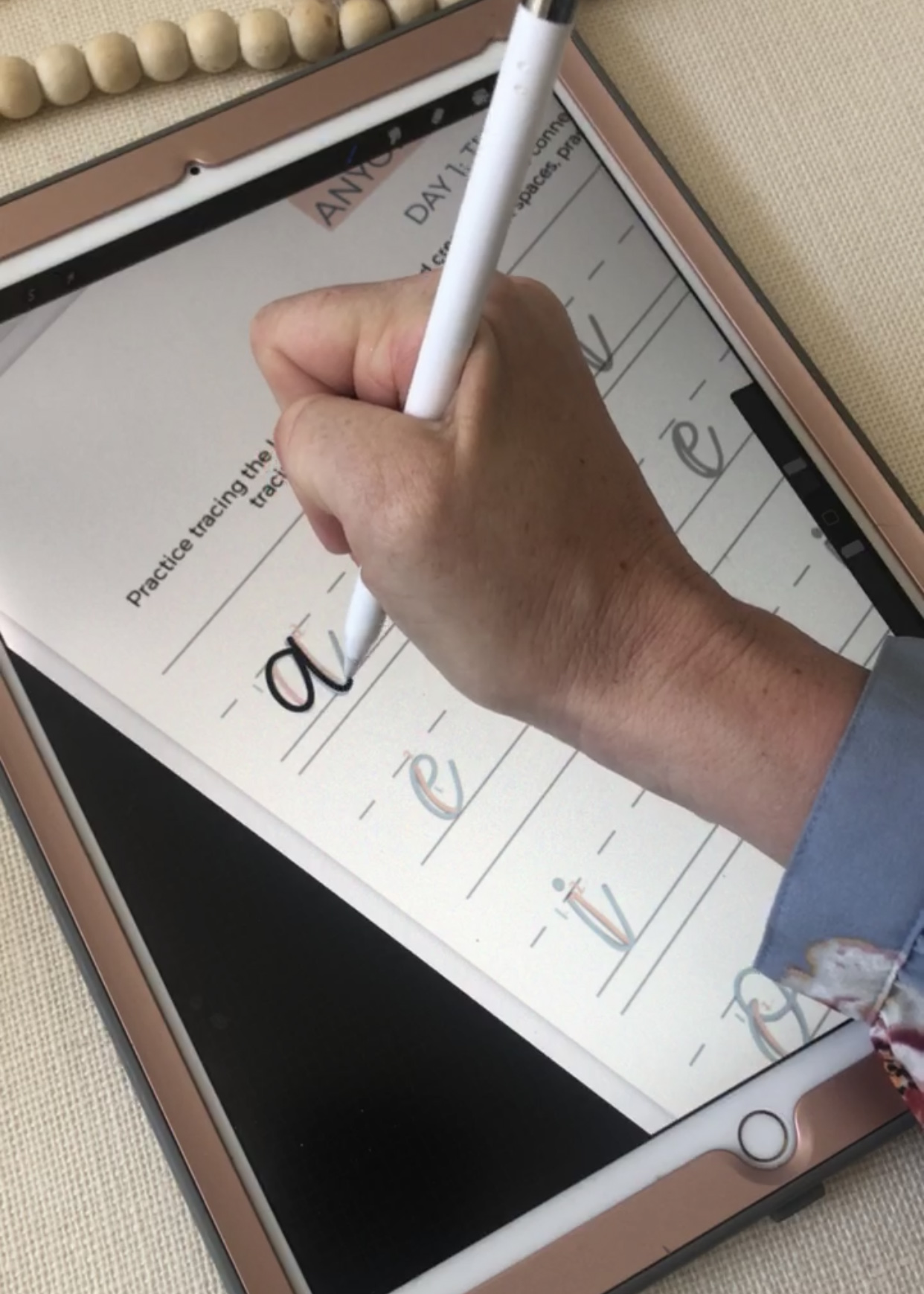 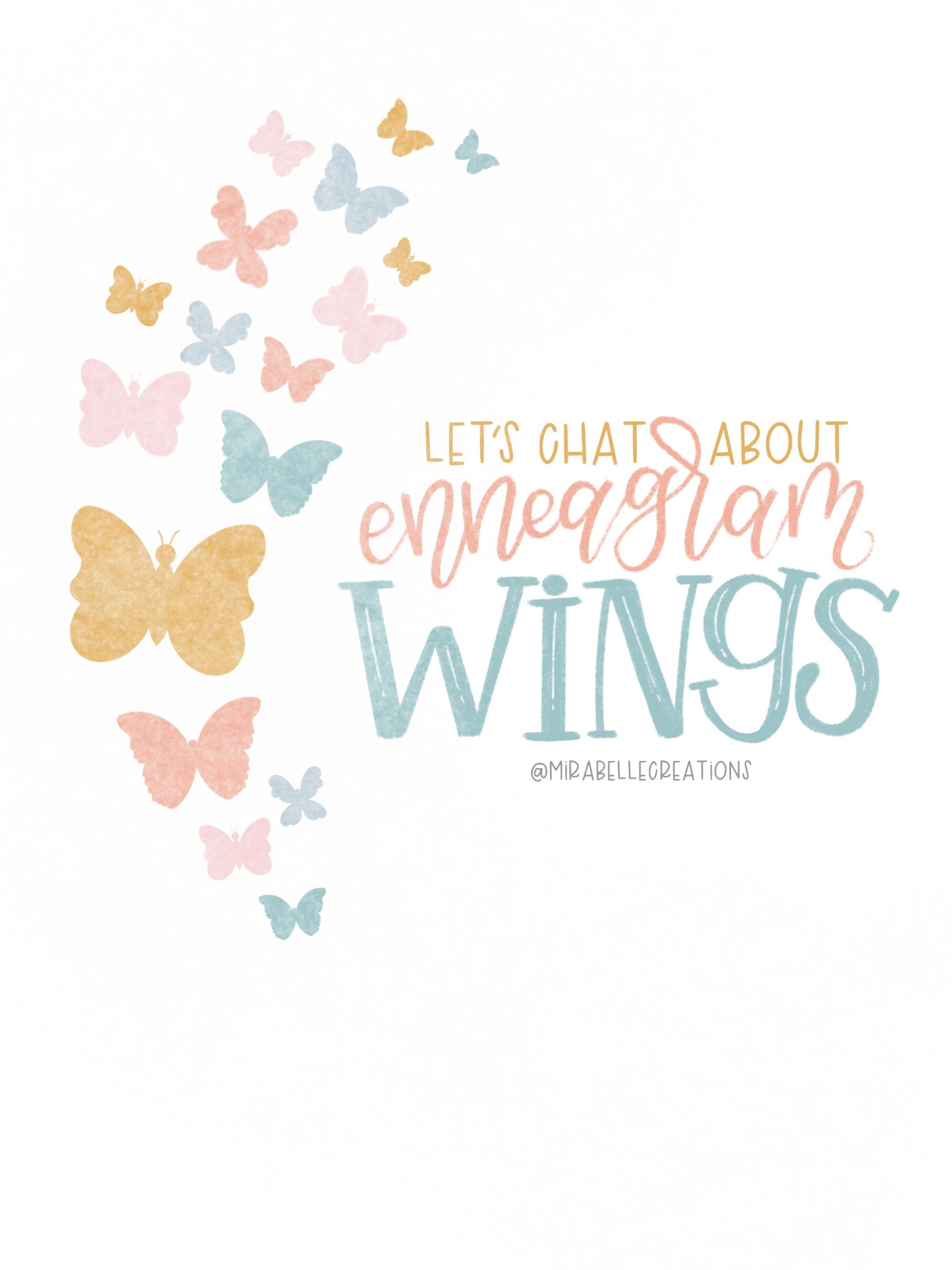