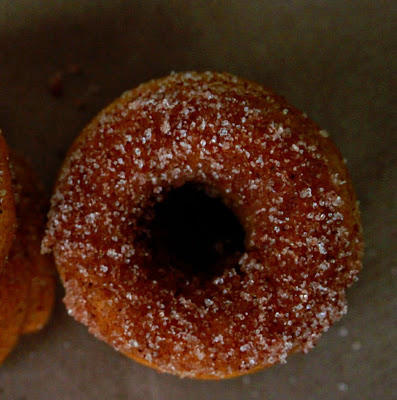 This weekend my daughter had a friend spend the night.  My kids generally request teddy bear pancakes for special mornings, like the morning after a sleepover.  But, my pumpkin spice loving little girl saw me looking at recipe for Peitite Pumpkin Spice Donuts on Pinterest earlier this week.  So, she requested these delicious little bites for Saturday morning. 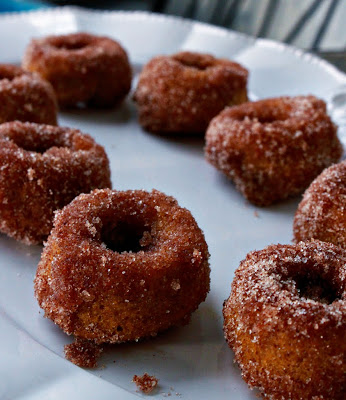 These sweet cinnamon spiced donuts were a huge hit! The recipe made about 4 dozen, but my donut pan only made one dozen at one time.  After I gave the kids the first dozen donuts, they started asking for more before the next pan came out of the oven!
﻿ 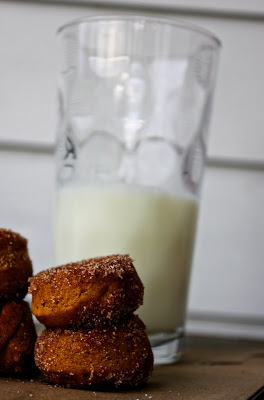 In the bowl of an electric mixer, combine oil, brown sugar, egg, and vanilla.  Beat until combined.  Mix in pumpkin and milk.  Slowly add flour mixture to pumpkin mixture, beat until just combined.

Add batter to a large pastry bag, snip off end with scissors.  Using the filled pastry bag, fill each cavity of the pan about 2/3 full with the batter.  You can also use a spoon to do this, but the donut cavities are small and it is much easier to fill them using the pasty bag.

Cook donuts for 8-9 minutes, until they spring back when touched.  Cool on a wire rack.

For the coating:
Stir together the sugar and cinnamon.  While the donuts are still warm, but not too hot, dip top and bottom in butter.  Roll donut in the cinnamon sugar.  Serve immediately. 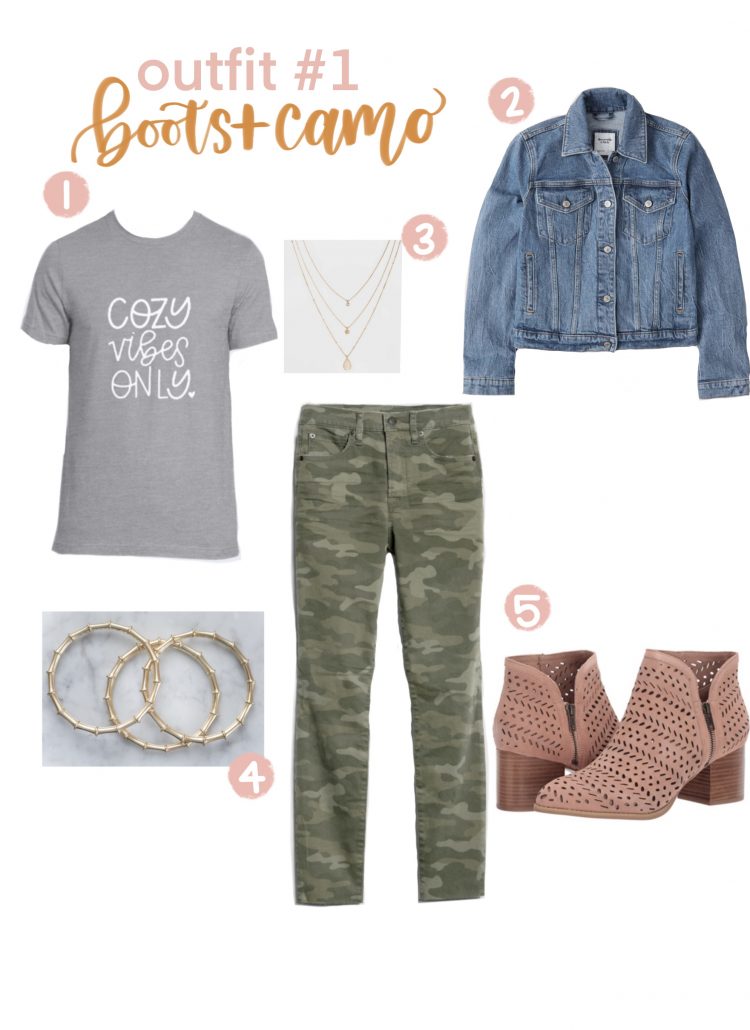 How to Style Your Favorite Fall Tee 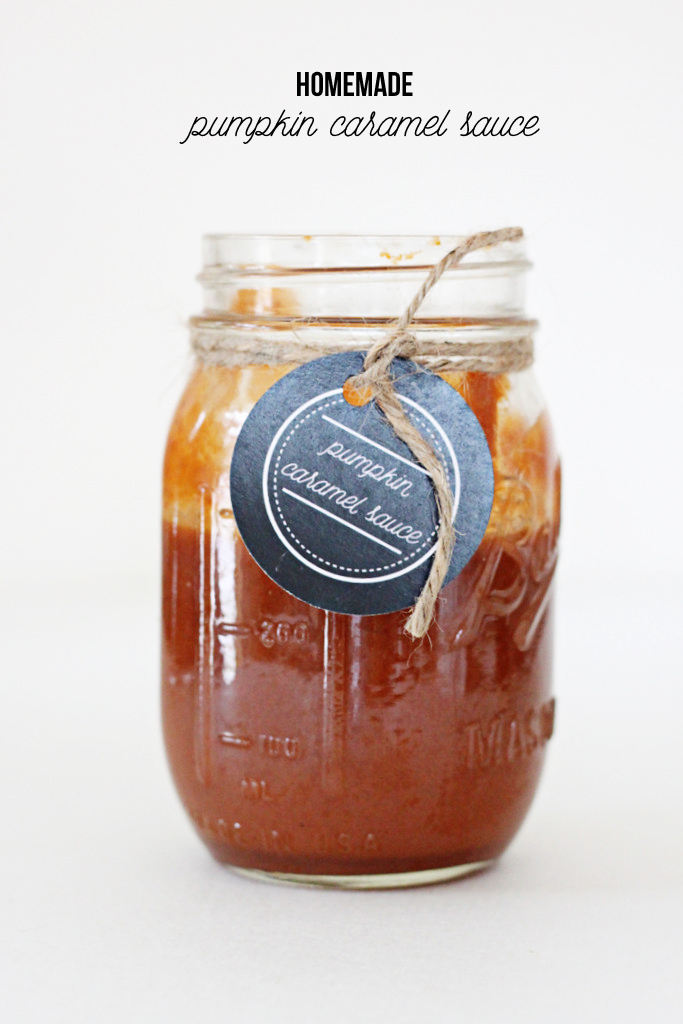