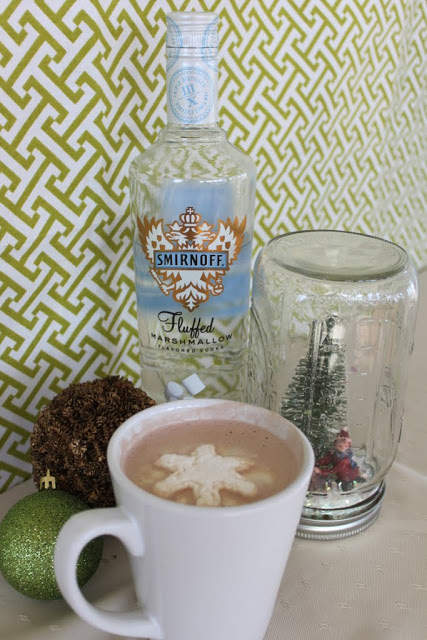 Hot cocoa isn’t just for the kiddos!  This hot cocoa is so yummy you’ll want to hide it from your kids.  And, considering that it contains marshmallow vodka and Bailey’s Irish Cream Marshmallows, you’ll have to!  We served this hot cocoa at a party recently.  It was served straight from a crock pot, so it would stay piping hot all evening.  I knew some guests wouldn’t want the vodka in theirs.  Instead of putting the vodka directly in the hot cocoa while making it, I left the bottle of vodka out beside the hot cocoa so guests could add it in their desired amount. 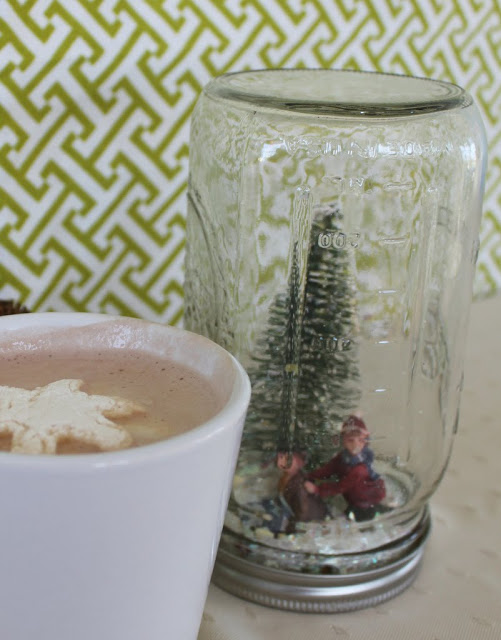 In a large saucepan, whisk together sugar, dark cocoa powder, cocoa powder, salt, and water until sugar is dissolved.  Bring mixture to a boil over medium heat.  Stir in milk.  Bring to serving temperature, without boiling.  Add vanilla before serving.

Drink can be placed in a crock pot until serving.   Serve with a shot of Marshmallow Vodka and homemade Bailey’s Irish Cream Marshmallows. 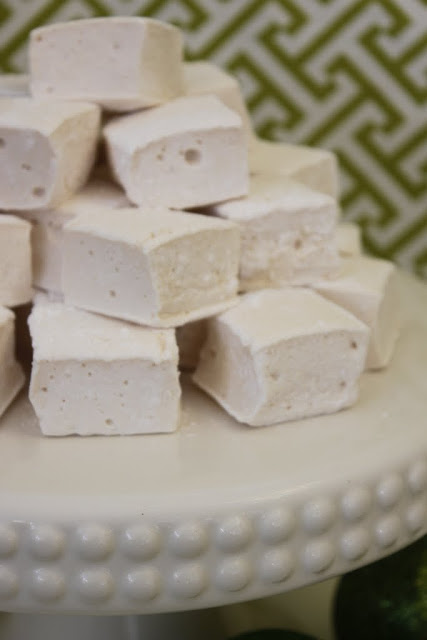 Spray a 9×9 dish with spray cooking oil and set aside. Sprinkle a small amount of confectioners’ sugar in dish, covering bottom and sides.
Combine the gelatin and Bailey’s in the bowl of an electric mixer. Set aside. On the stove, over medium heat, add sugar, corn syrup, water, and salt to a small pan. Stir until the sugar dissolves. Increase the heat to high. Continue cooking the mixture, without stirring, until a candy thermometer inserted into the syrup reads 250 degrees. This will take about 10-15 minutes and the mix will be boiling.
After the syrup reaches 250 degrees, slowly pour it into the bowl of the electric mixer to combine with the gelatin and Bailey’s mixture. Mix on low speed until the syrup and gelatin mixture are combined. Increase the speed of the mixer until it is on maximum. Beat the mixture until it becomes beige in color and nearly triples in volume, about 15 minutes.
Coat a rubber spatula with cooking spray. Using the spatula, spread the marshmallow mixture into the prepared dish. Lightly spray the cooking oil on your hand. Press the marshmallow into the corners of the pan. Sprinkle with confectioners’ sugar and allow the marshmallow to set, uncovered, overnight.
Using a knife, run the knife around the edges of the dish. Turn the dish over and release the marshmallows from the dish onto wax paper, covered with confectioners’ sugar. Using a knife, covered with confectioners’ sugar, cut the marshmallows into 2 inch squares. Alternatively, you could use a cookie cutter to cut out the marshmallows into fun shapes.  Roll the cut marshmallows in the confectioners’ sugar, until all sides are covered.  Store in an air tight container. 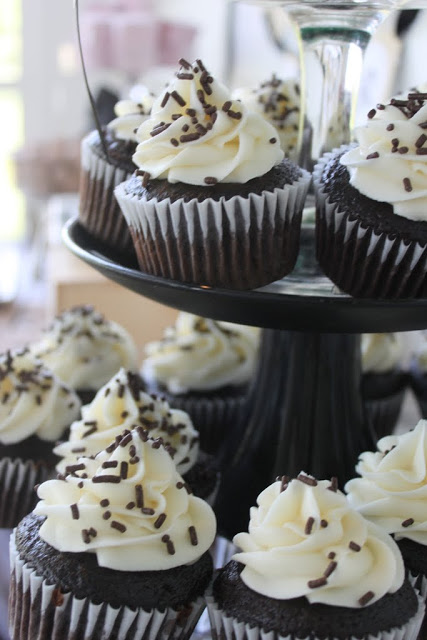 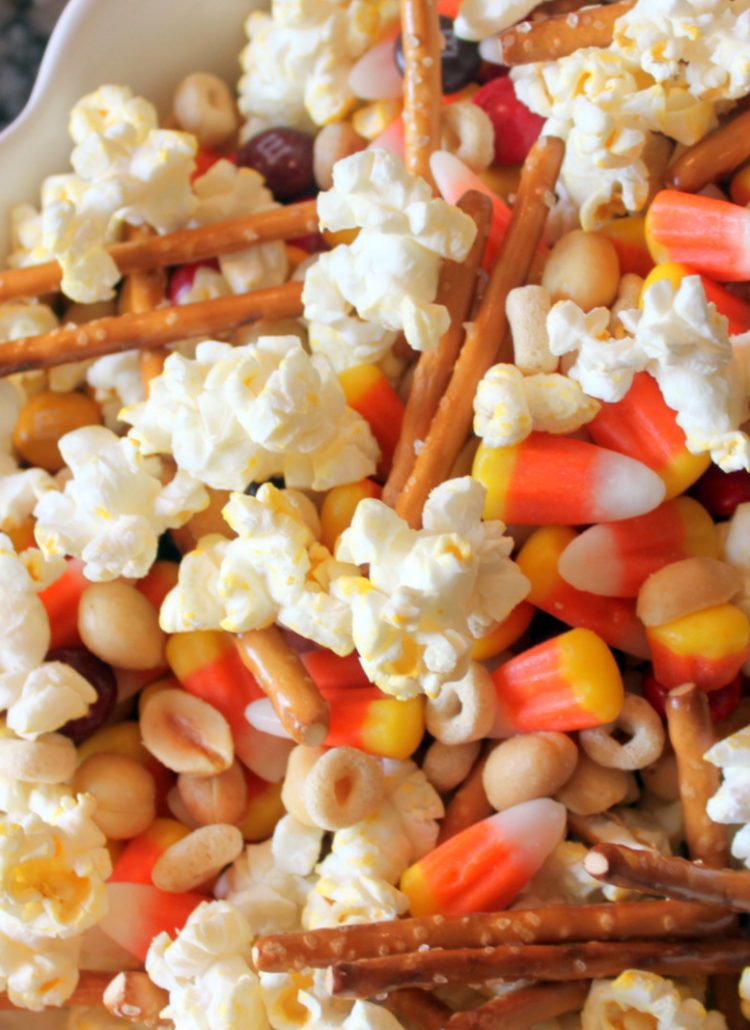 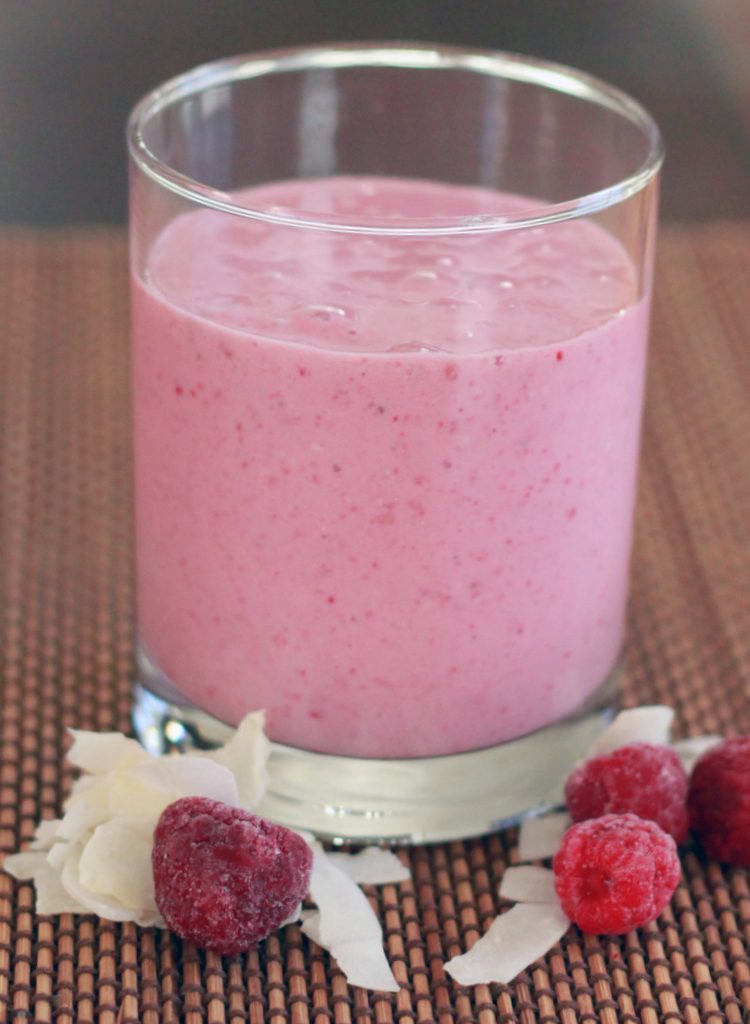 Coconut Raspberry Smoothies for My Sweeties