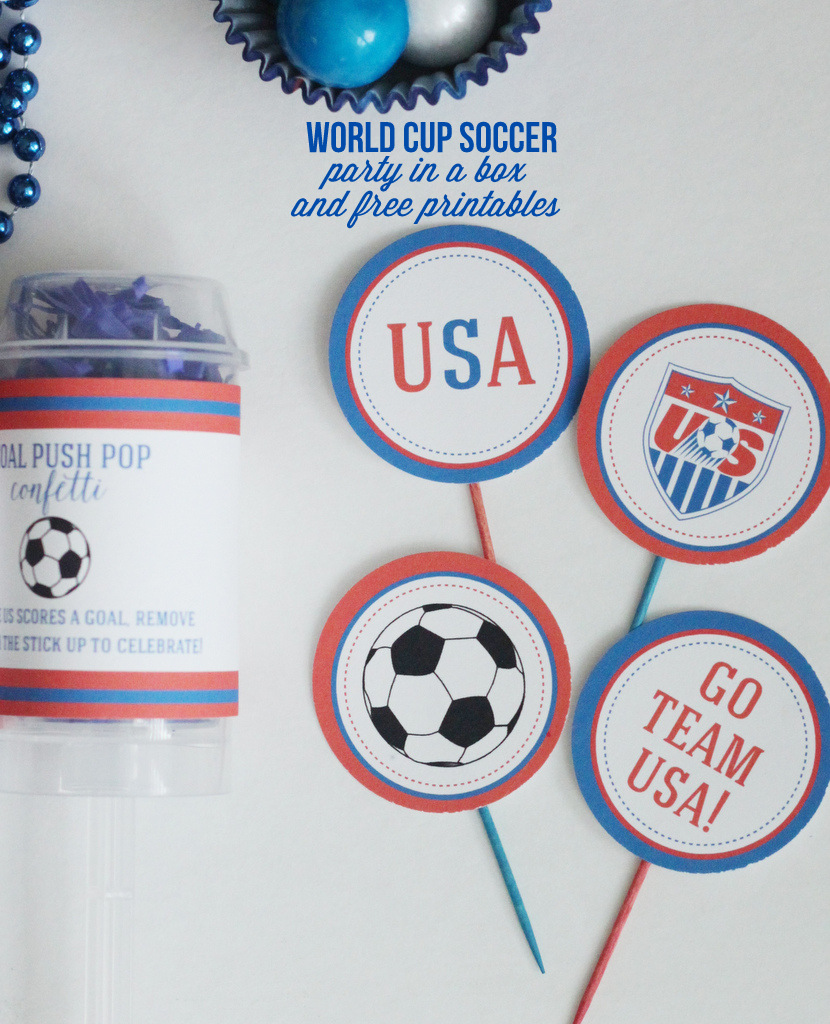 The 2015 World Cup Final is coming up in just a few short days!  And, we’re all pretty excited that the US team has made it to the Women’s World Cup final game!  To celebrate them making it to the final game, we decided to put together a World Cup Party in a Box. 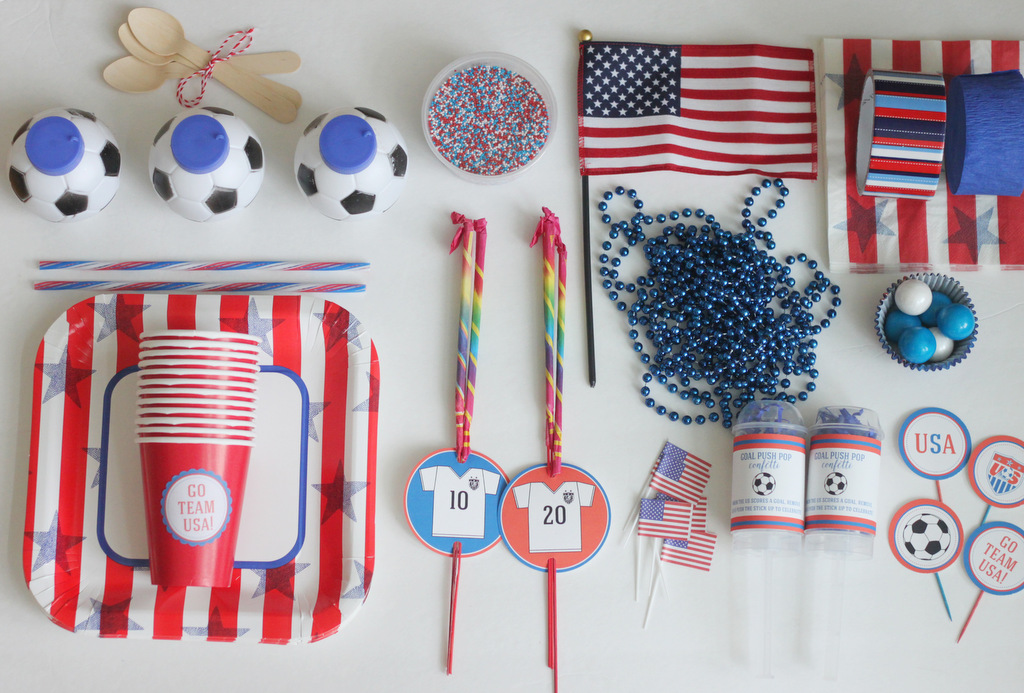 We decided to go with a Party in a Box since we’ll be traveling this weekend.  Earlier this week, I had started collecting items to make a Fourth of July Party in a Box to take with us on our family beach trip.  But, once the US Women won the semi-final game on Tuesday, the party box changed course.  Instead of a July 4th party, we’re going to keep celebrating America on Sunday with a USA themed World Cup Party!

All packed up and ready to go! 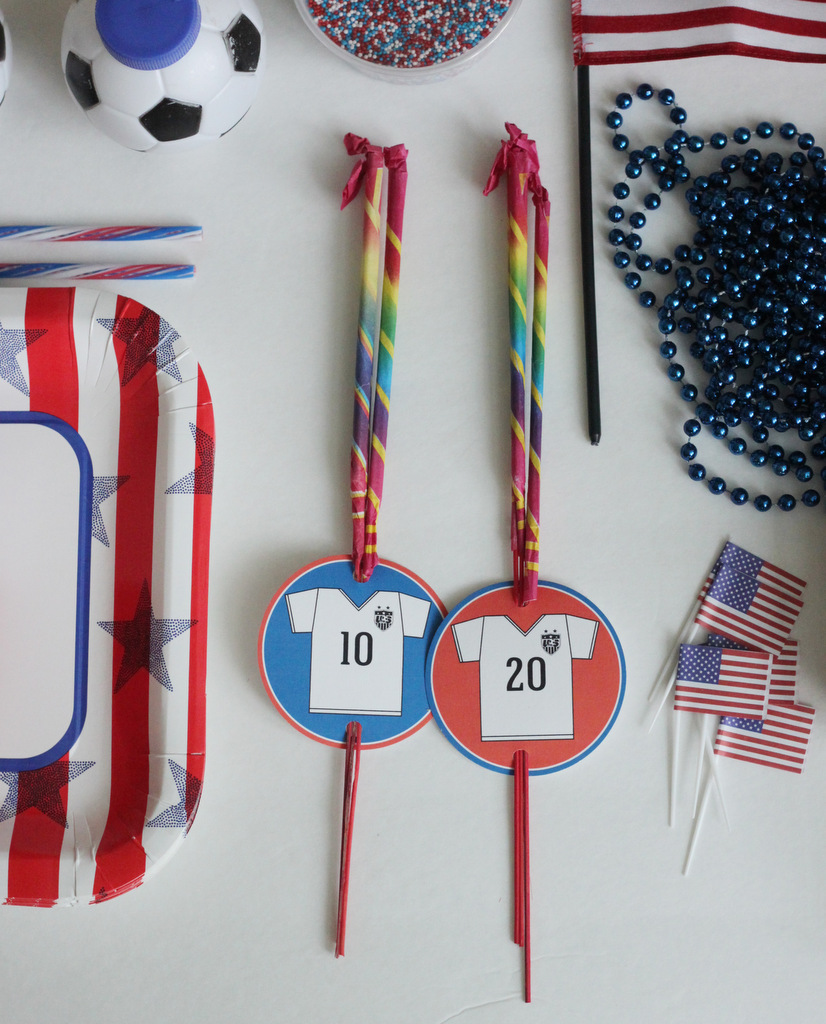 Most of the items for our World Cup Party in a Box are from our local Dollar Store.   Sparklers are decorated with a US World Cup Jersey Printable.  You can download and print all of the US team’s World Cup Jersey for free at the end of this post!  The American Flag picks are from the dollar store. 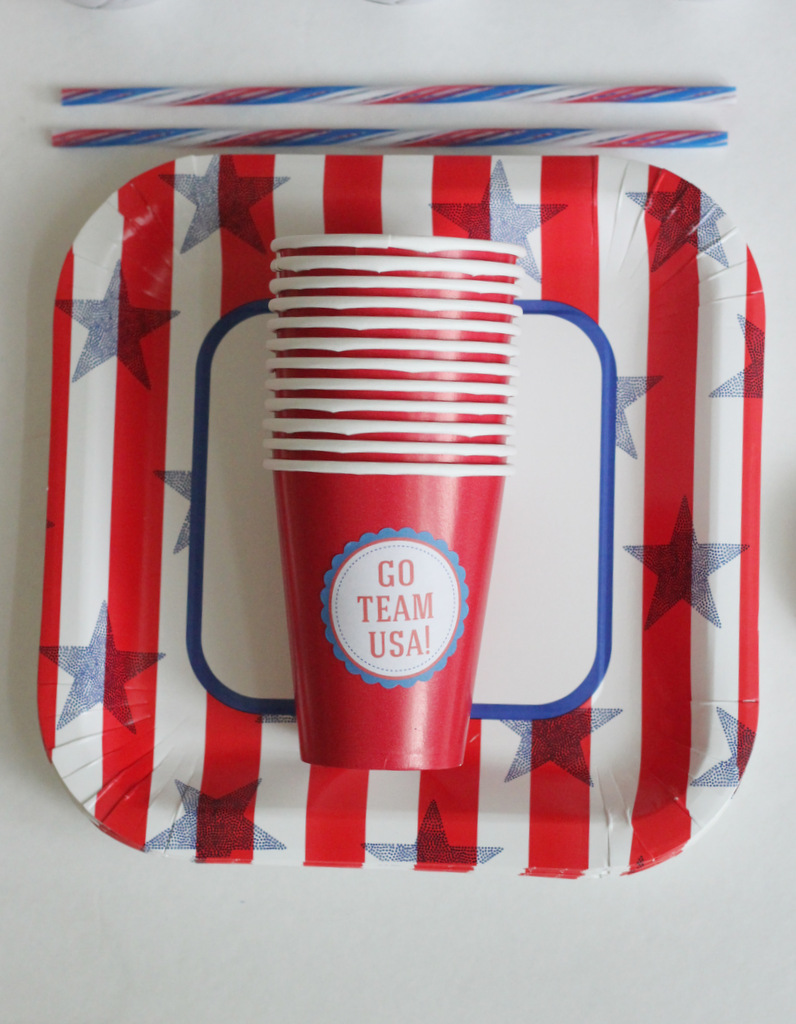 The cups and plates are Fourth of July themed, but to make them work for the soccer party, I used the US World Cup Party Circles, printed on sticker paper. 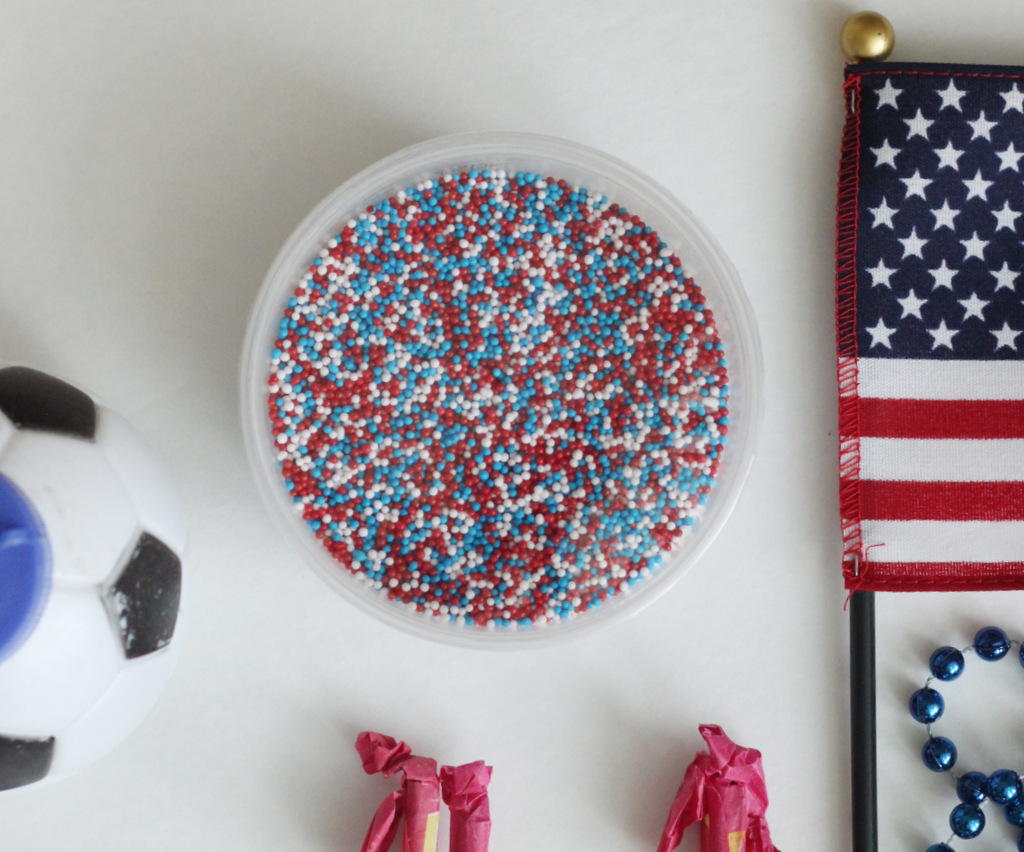 Red, white and blue sprinkles will make cupcake decorating a piece of cake! 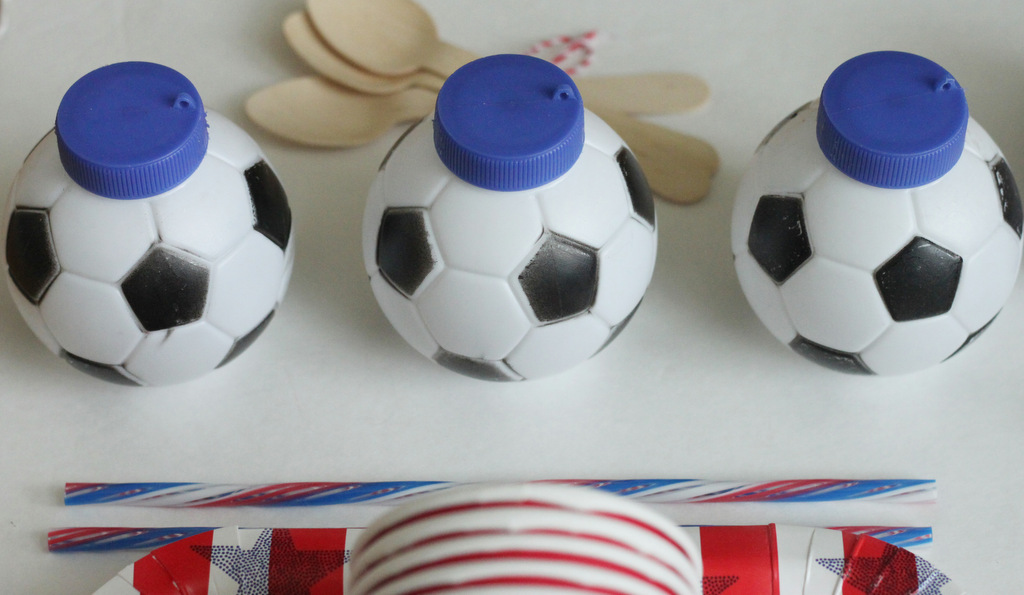 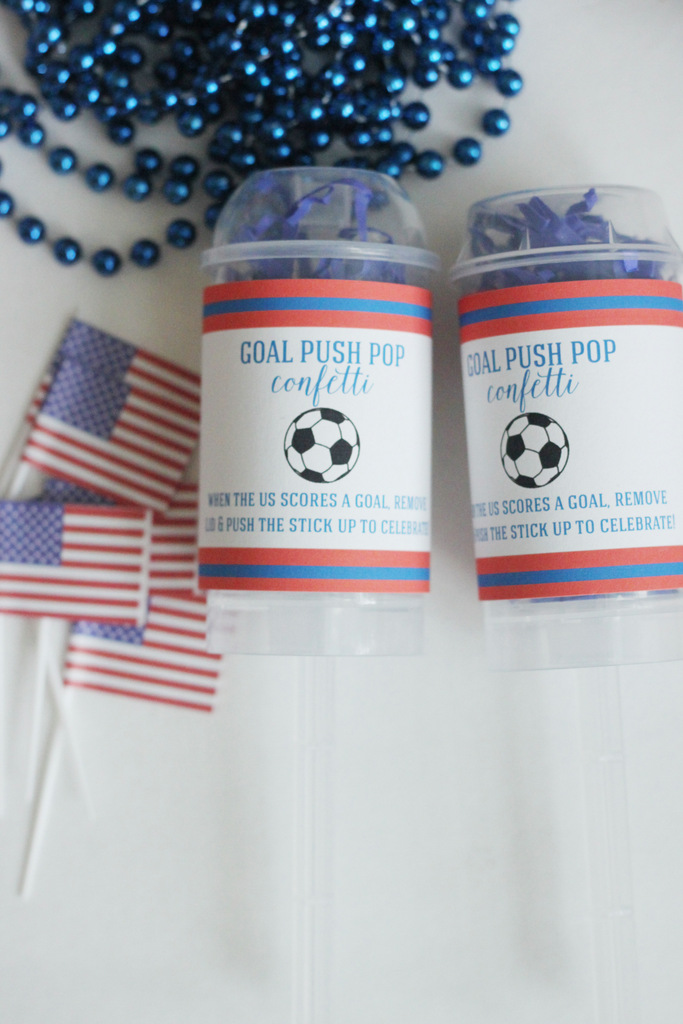 One of my favorite additions to the World Cup Party in a Box are these Goal Push Pop Confetti Poppers!  You can make your own push pop confetti poppers with the free downloadable and printable US World Cup Labels.  Check back tomorrow for the full tutorial on how to make them. 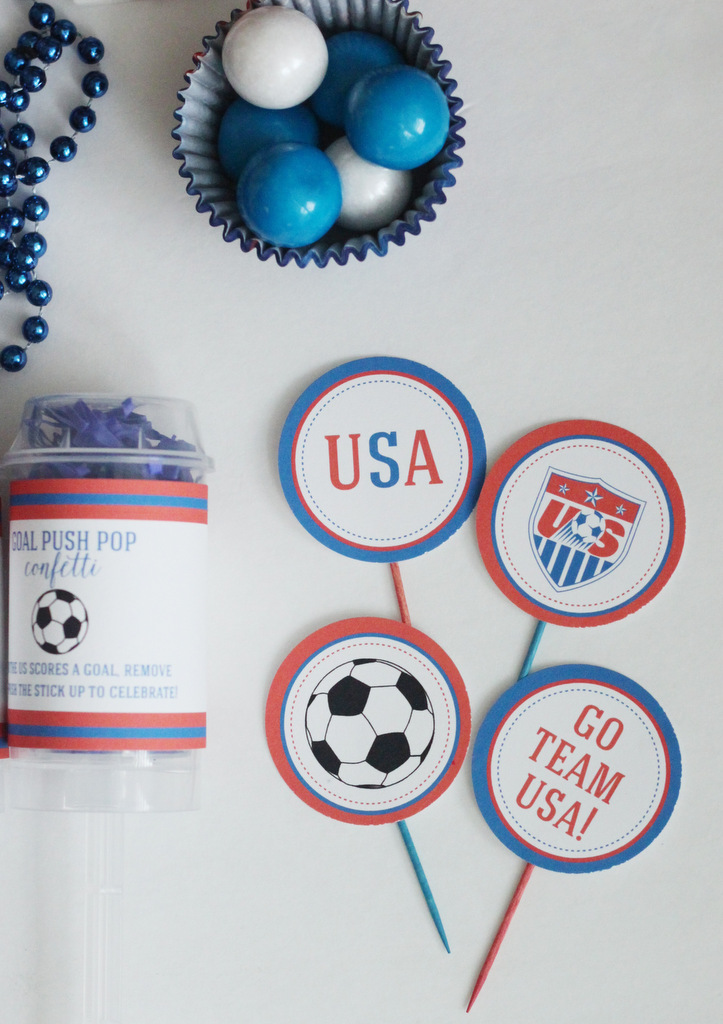 Give me all the Freebies!

After joined our Freebies list, you’ll receive access to the US World Cup Party Circles, Labels, and Team Jerseys!  And, you’ll never miss out on any of our Free Printables ever again! 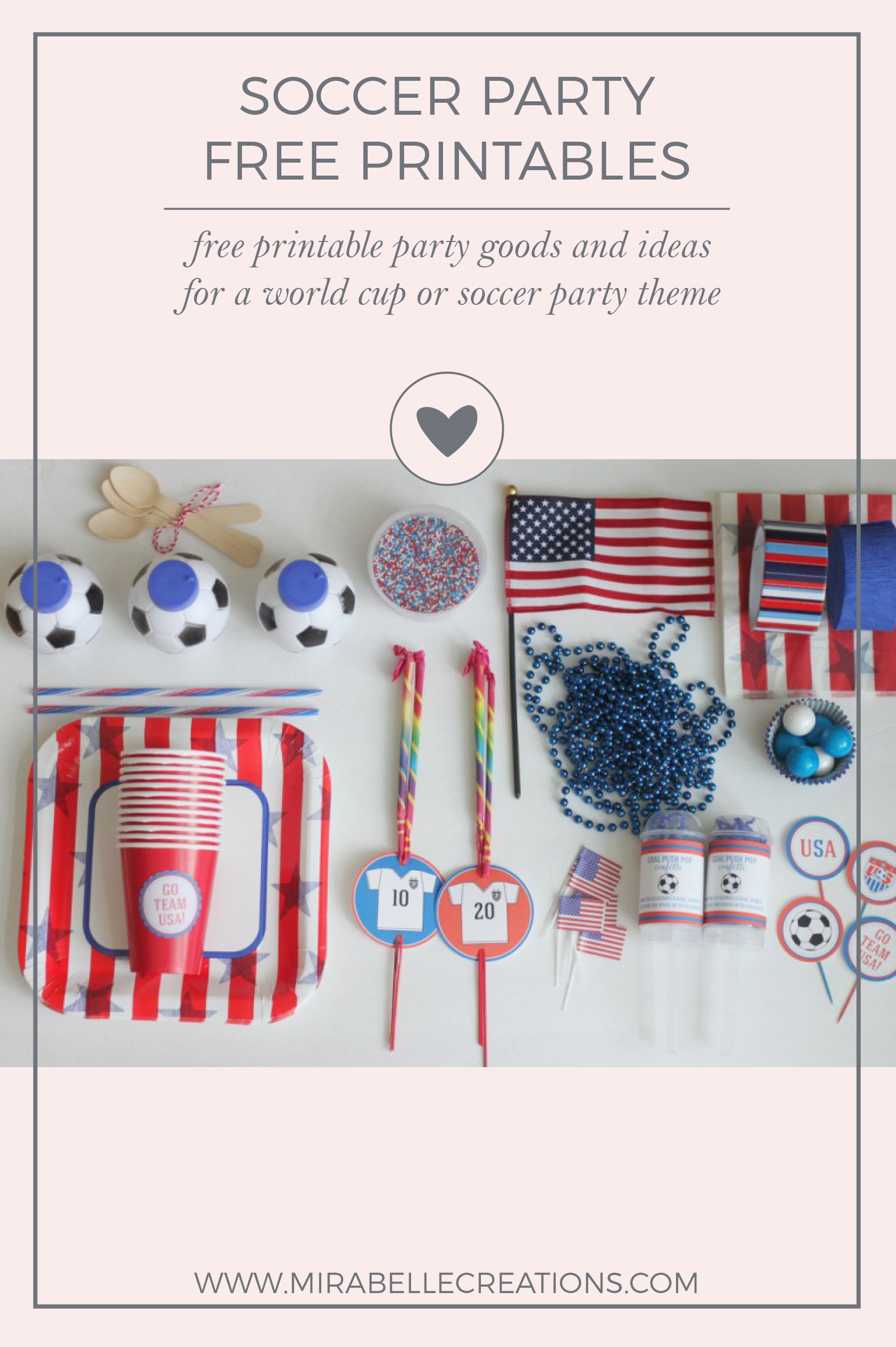 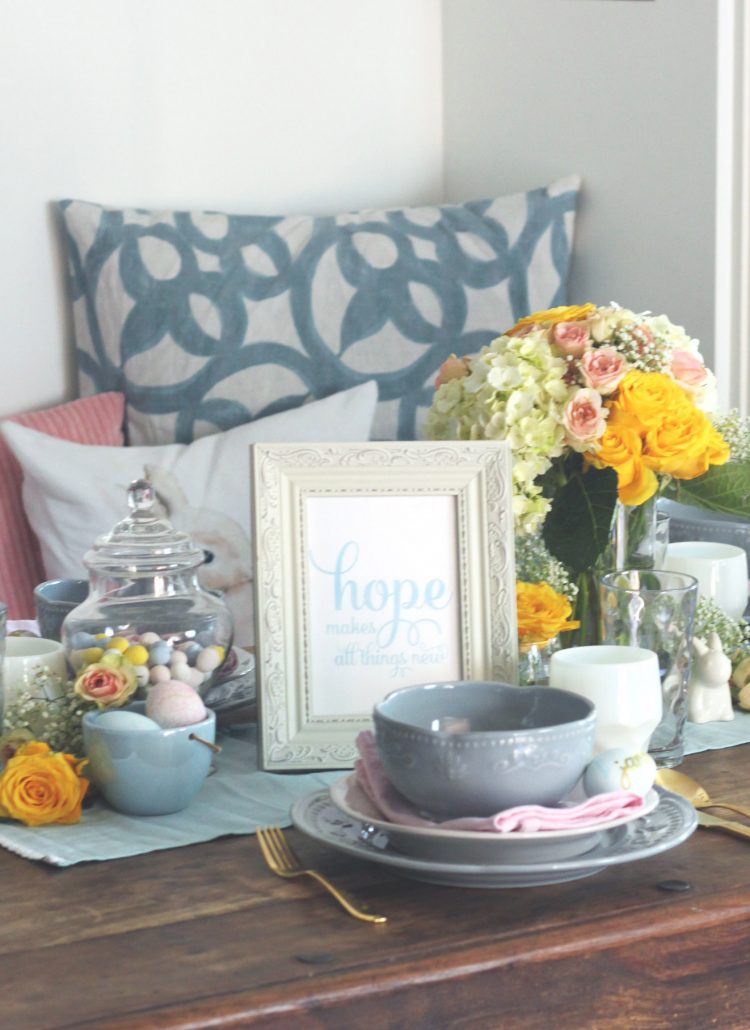 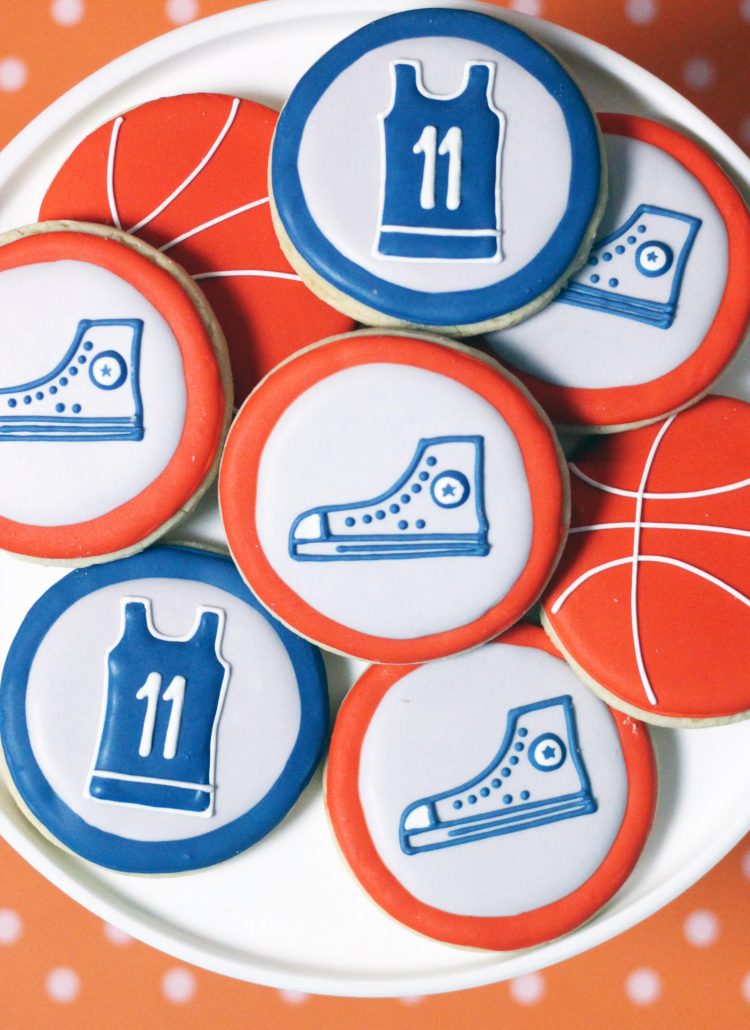